Book nine: Death and the Penguin by Andrey Kurkov 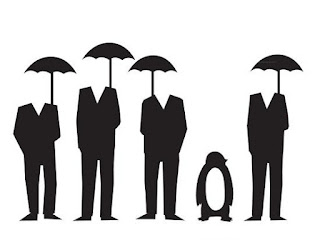 Dear NPR Books Podcast; Thank you for some of your more obscure book recommendations. They regularly make my literary life more enjoyable. A perfect example is Death and the Penguin by Andrey Kurkov.  This strange little novel is delightful if you can use such a word to describe a Russian novel.  And it is a Russian novel with its bleak scenes and freezing cold winters.

The delight is largely provided by Misha the penguin.  Yes an actual penguin is a central character in the book.  During the fall of the Soviet Union, as zoos could no longer maintain operations, many just gave away their animals to anyone who would take them.  Such is the case with Misha who was adopted by Viktor, a struggling writer living in Kiev.

Viktor takes a job preparing advance obituaries for a local paper.  But as time goes by, Viktor realizes that something isn’t right.  Most of the people for whom he’s written obituaries end up getting murdered. If that’s not strange enough, Viktor is left taking care of Sonya, a friend’s young daughter who instantly befriends Misha.

As the plot progresses, it becomes clear that Viktor’s life might be in danger.  His best hope may be the fact that a shady character has taken to requesting Misha’s presence at events and funerals.  As the depressed penguin’s health declines, the book twists to a melancholy end filled with events that get stranger and stranger.

With a dark sense of humor, Death and the Penguin is one of the strangest, most rewarding books I’ve read in a long time. And the images of Misha enjoying a cold bath or sadly plip-plopping through the kitchen are delightful.  This book easily qualifies for four Jeffies. And if it weren’t for a few outlandish moments at the end, it probably would have gotten five.

Email ThisBlogThis!Share to TwitterShare to FacebookShare to Pinterest
Labels: Andrey Kurkov, Books, Death and the Penguin