In celebration of the "Accompagnateur de la Galerie"

I'm all about modern and contemporary art.  So today, I went to one of the great institutions of newer art, the Centre Pompidou in Paris.  As a result, I should be writing an intelligent, inspired, and insightful post about the artistic treasures included within.  (Hopefully, I'll get to that eventually.)  Instead, I want to write about my favorite thing about the Pompidou; the gallery attendants.

So it was with a sense of wonder and delight, that I discovered the most bored, nonchalant, hipster-i-est gallery attendants I have ever encountered.  With no dress code and what seems to be no rules for attending to a gallery, I'm still wondering if the joke may be on me; maybe this is just another strange performance art piece.  The only thing that let you know they were attendants were the red badges hanging around their necks. The attendants were so delightful, I took to taking secret pictures of them. The images just got more amusing as my visit progressed.  One of the attendants was actually asleep.

Ladies and gentlemen, without further ado, I give you the Gallery Attendants of the Centre Pompidou: 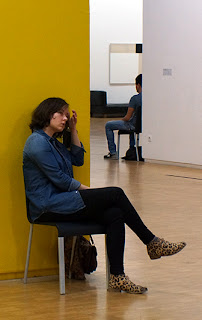 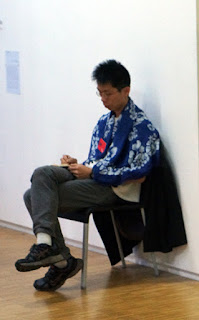 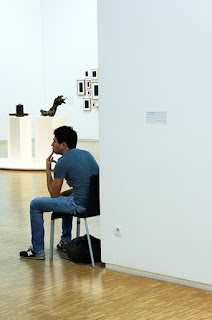 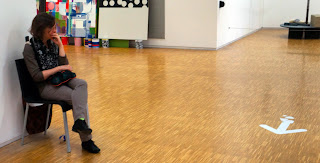 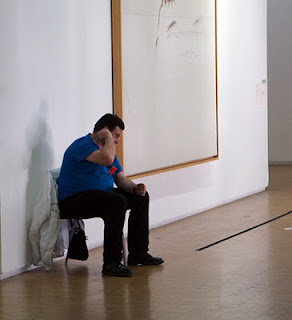 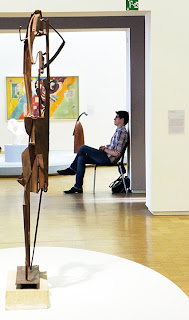 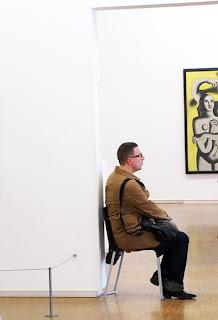 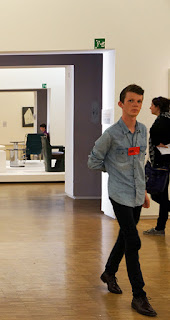 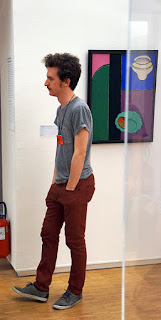 As I exited the museum through the main hall I ran into this character.  OK, so he's not a gallery attendant.  It's actually a brilliant and subversive sculpture by Mark Jenkins and Sandra Fernandez titled Serie MOLES (2013).  And while I should be saving this for my intelligent, insightful discussion about the art, it somehow felt at home with the Centre Pompidou gallery attendants. 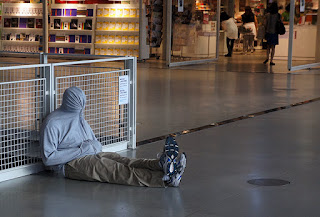