Recently, I made a return visit to Robert Smithson’s Spiral Jetty. As we drove past Lagoon we had a total art-geek moment, imagining that near Lagoon's Pioneer Village or Kiddie Town we’d find Land Art Land. You’d be able to ride The Spiral Jetty, rickety carts that spiral downward on a precarious track. Or how about The Sun Tunnels? Spinning, twisty tunnels that randomly flash lights in the shape of constellations. Or maybe The Double Negative, a thrilling, gravity-defying zip line over a rocky gorge.
OK, only an art geek would laugh as hard as we did. But we in the Rocky Mountain West don’t have much when it comes to destination art. Land Art may be our one claim to fame. And after my second visit to Spiral Jetty, I think that fame is well deserved.
I’m guessing Smithson would be pretty dang happy with the way the whole Spiral Jetty thing is going. I last visited exactly five years ago when, thanks to a long drought, the Jetty had emerged from the Great Salt Lake. It was beautiful, crystallized white with sparkling salt diamonds. It almost disappeared against a vast expanse of blindingly white salt flats.
This trip, the blindingly white salt flats remained. But the Jetty’s salt crystals have worn away revealing a dramatic black-rock spiral. It was beautiful in a whole new way. OK, it’s a trek to get to the Spiral Jetty. (And the last ten miles of rocky dirt road are tough traveling.) But the trip was worth the inspiration. I plan to visit this and other Land Art destinations more often.
Here are a few photos from my recent visit to Robert Smithson’s intriguing Spiral Jetty.
Felix at the epicenter of the Spiral Jetty. 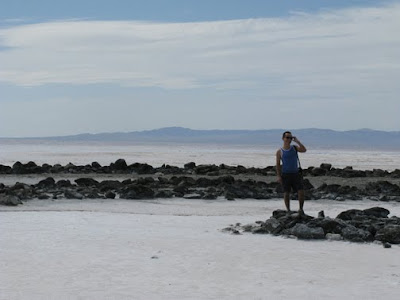 Me on the hike to the hill above Spiral Jetty. 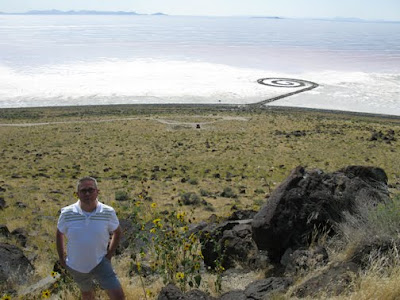 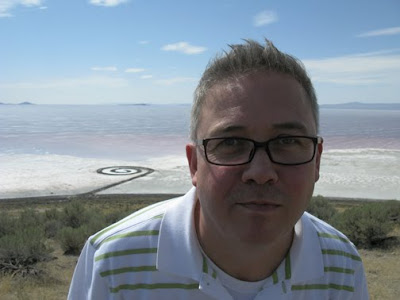 Amazing orange lichen on the black rocks in the surrounding area. 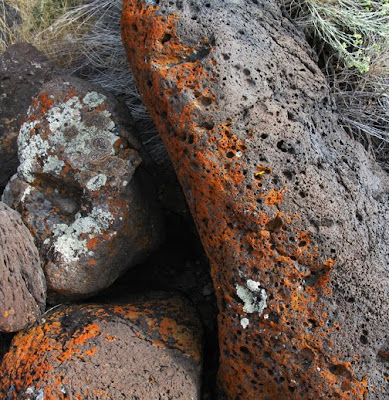 Sunflowers are everywhere on the road to Spiral Jetty. 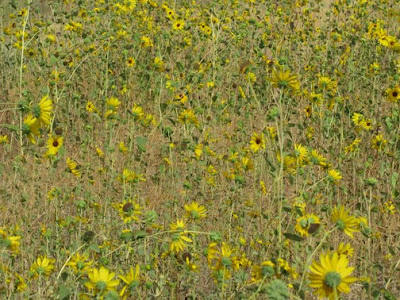 My white tennies against the blinding salt flats. 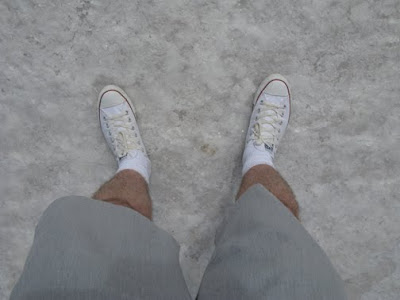 And finally a few random photos of the Spiral Jetty. 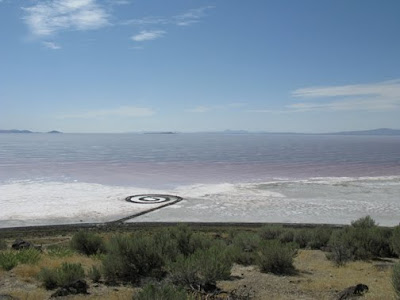 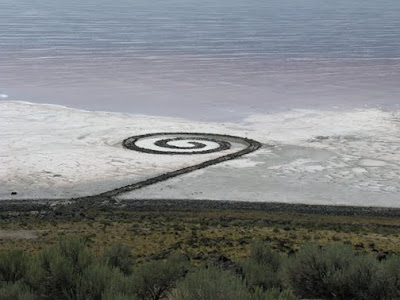 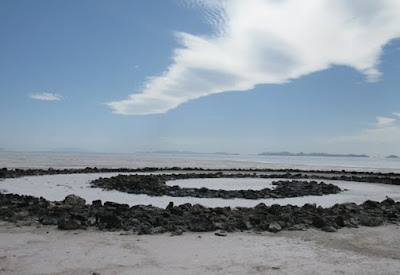 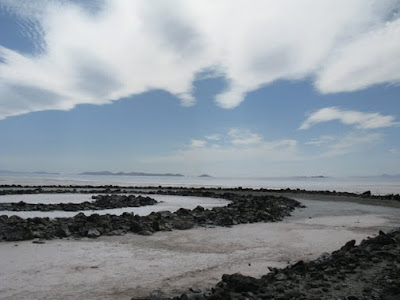