Some of you Salt Lake City old timers might remember heading to the Zephyr on a late summer night to see a great party band like the Disco Drippers.  You might remember feeling like the entire club was dancing in sync to the endless, danceable tunes.  You might remember feeling like the band members were a bunch of friends who had invited you to a party in their living room. Well if it's been too long since you've been to a concert like that, then get to a performance by the Scissors Sisters, because they take all those great feelings and multiply them by a factor of ten.

I like to complain about how the Scissor Sisters are a big act in Europe playing to stadium-size crowds and that they don't get the respect they deserve here in the states. But I'm not going to complain any more.  Because here, we get to see the Sisters in smallish, delightfully dingy venues like Denver's Ogden Theater, which goes a long way toward making you feel like you're just hanging out with a thousand or so of your closest friends.

What really makes a Scissor Sisters' show great is the music and the people performing it.  Jake Shears is so amped up  you can't help but be infected with his love for the band's music.  And Ana Matronic gets better every time I see her with powerhouse vocals and a dark sense of humor that plays perfectly to the crowd ("Baby Daddy's parents are in the crowd tonight. That's Baby Mommy and Baby Daddy . . . Daddy").  Add the strangely charming, reassuring Baby Daddy and the quirky Del Marquis and you've got a group that delivers a better live performance than any band I've seen. I've now seen them live three times and they just get better every time.

Of course, the fact that they write such great songs doesn't hurt.  I can't think of another band working today that writes lyrics as complex and interesting as those of the Scissor Sisters.  Their lyrics are often Cole-Porteresque, telling innocent stories tinged with sexuality and melancholy.  And the music that accompanies them is an amazing, swirling mass of pop culture references mashed up into totally new, infectious tunes.  The result is songs from their current album like Fire with Fire, a new kind of rock anthem.  Or Any Which Way, a sexy (even smutty) tune that invades your brain and refuses to leave.  Or how about a tune from their last album like I Don't Feel Like Dancing, a grumpy song about not wanting to dance (and featuring the brilliant line, "you think that I could muster up a little soft-shoe gentle sway") wrapped in happy music that almost forces you to dance.

Word on the street is that the Scissor Sisters will join Lady Gaga on her tour in the early part of 2011.  Which means your chances to see them in smaller venues may be drawing to a close.  If you can't make it to one of their upcoming dates, then enjoy some of these photos from the Denver show. 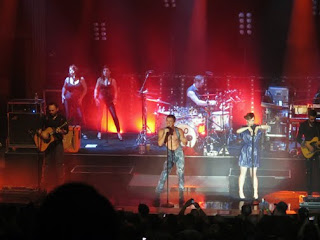 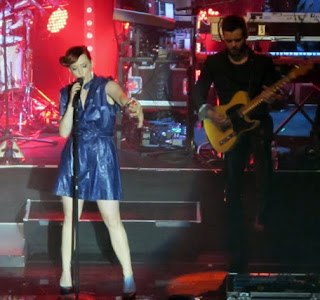 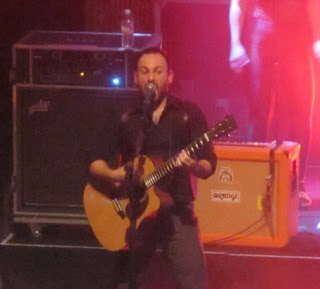 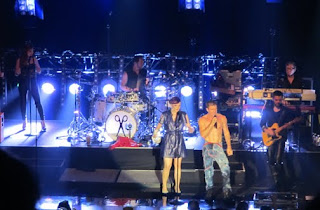 The view from the back of the Odgen Theater. 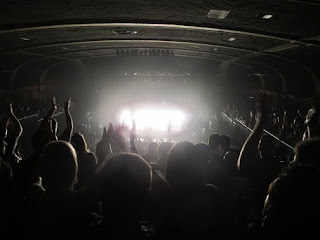