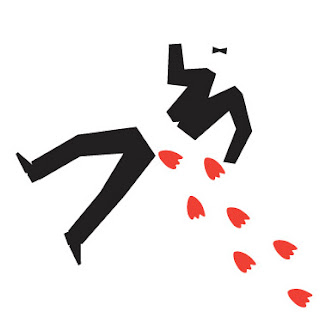 I liked Andrey Kurkov's Death of a Penguin so much that I immediately purchased the sequel, Penguin Lost.  And I'm glad I did.  Because these two short books might just be better as a single volume.  Penguin Lost opens with the same melancholy feel that ended the first book.  Viktor Zolotaryov seems intent on remedying the melancholy so has decided to find his penguin (Misha) and bring him home.  The wisdom of this decision is suspect, since Viktor believes Misha has fallen into the hands of a criminal mob.  And that mob may be looking for Viktor.

Viktor works his way through a number of mob members, only to discover that Misha may actually be in the possession of a Chechen warlord.  Finally he embarks on a dangerous and precarious trip where he encounters many strange characters and engages in equally strange activities.  It's at this point in my review I should probably issue a spoiler alert.  Viktor succeeds at finding Misha.  I won't tell you much more than that.  But this end to the story is the reason why I think the two books work better as a single volume.  It completes the story arch.  The first book starts with quirky, interesting characters that are offbeat, downtrodden, and yet somehow lovable.  It sadly ends without letting you know what has happened to Misha, the best character in the books.  The second book starts with that same feeling of sadness.  But by the time the book ends, you've returned to the offbeat likability of the beginning of the entire tale.
Posted by Jeff at 8:23 AM