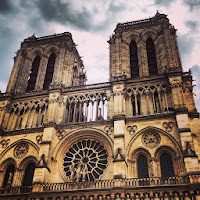 There are few things as grand as the great cathedrals of Europe.  And Notre Dame is one of the greatest.  I'm certainly not going to say anything that hasn't already been said about Notre Dame.  As is the case with most visitors, I could do little other than gawk in awe at the massive presence the building wields. We visited on a stormy day which seemed to add to the building's gravitas. The storm clouds gave the entire experience a Gothic air.  But as our visit progressed the sun came out to reveal heavenly views powerful enough to make an atheist consider the existence of a higher power.

From the lower levels, both inside and outside the building you can't help but be dazzled by the endlessly ornate sculptures. 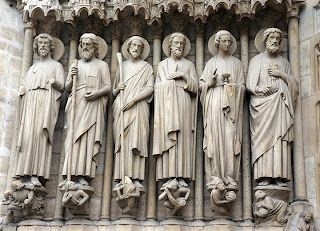 The stars of the inside of the building are the voluptuous stained glass windows. 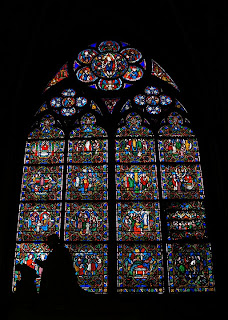 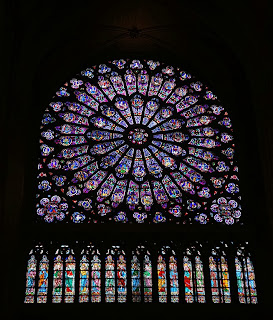 We also waited in the super long, slow-moving line in order to climb the nearly 400 tower stairs which featured two stops along the way.  This is not a task for the faint of heart. The tiny spiral staircase can be dizzying and claustrophobic.  The climb also can be physically tough particularly because it's hard to stop and take a rest with other anxious tourists climbing behind you. 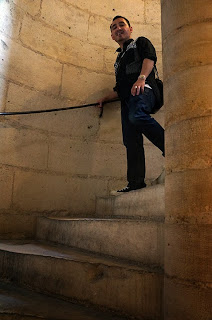 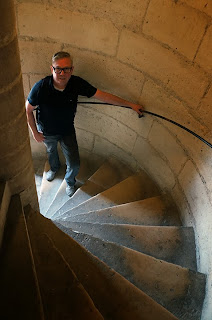 But the difficulties of making the trek are worth it.  The first stop gives you eye-to-eye views of the gargoyles, which are wonderfully creepy. 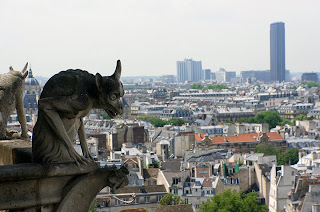 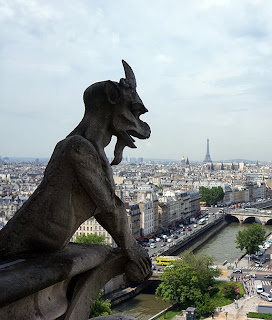 The second set of stairs leads up to the bell tower. The path is even more narrow and winding.  The path is so tight that it was difficult to pass people coming up as we were going down.  But the views from that level were spectacular. 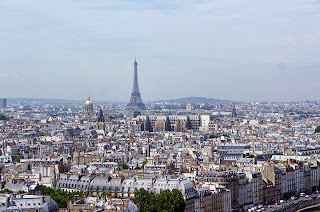