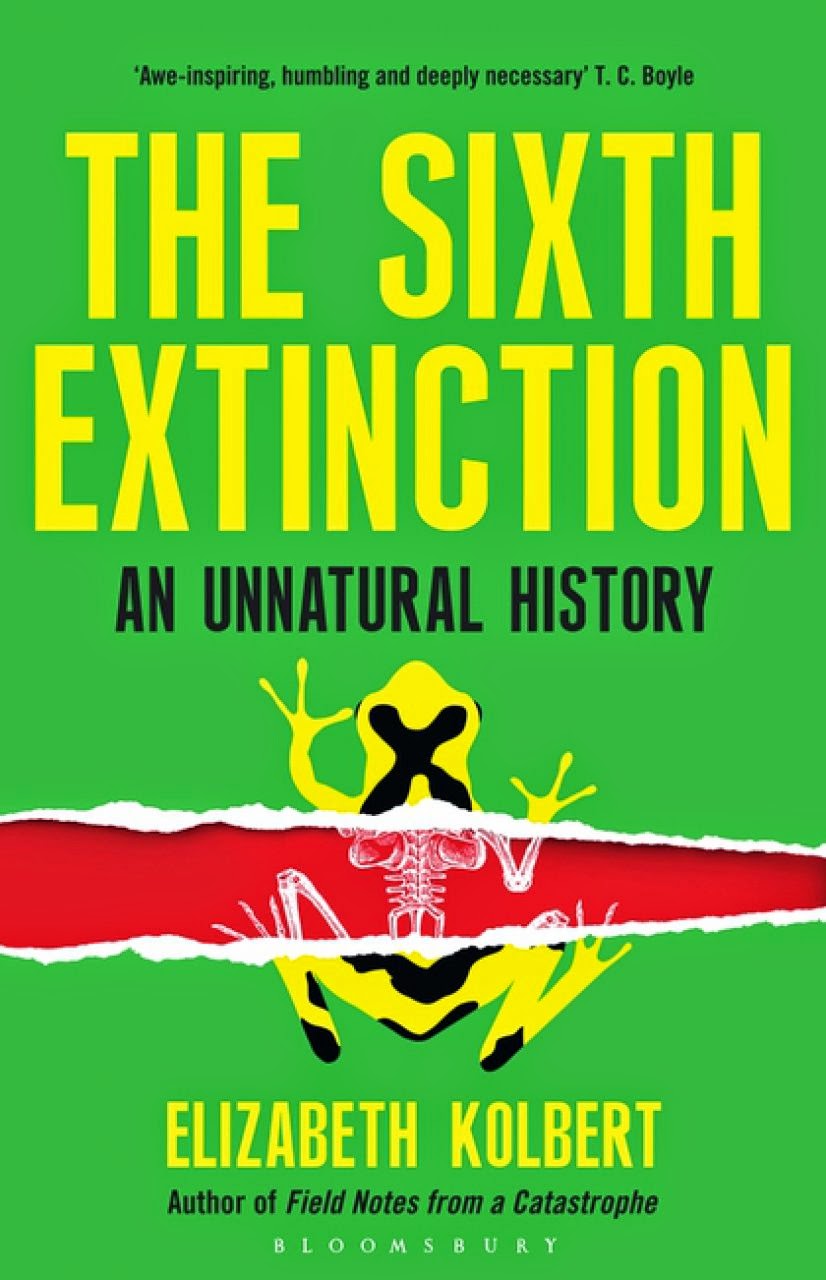 Basically, we’re screwed! That’s the general message in The Sixth Extinction: An Unnatural History by Elizabeth Kolbert. With such dire outcomes and predictions, it’s surprising that Kolbert has written such a delightful book. (I listened to the audio book read confidently by Anne Twomey.)

Over the last half a billion years, there have been five mass extinctions. We are currently living through the sixth mass extinction.  The difference this time around is that much of the problem is manmade.  Kolbert tells the story of the Sixth Extinction by visiting scientists the world over and learning not just about current organisms under threat but also about theories of what happened during the previous five extinctions.

Kolbert is a great science writer.  The scientists in her books are cast as witty, dedicated characters that are working hard to figure out what’s really happening to our world.  Many of the creatures in book are so sympathetic that humanity can’t help but serve as the villain of the story, even though Kolbert never comes across as preachy or suggesting that humanity is evil. From frogs to bats to the penguin-like great Auk, The Sixth Extinction makes it impossible not to embrace nature, and hope to fix it.


In the end, Kolbert tries to offer a sense of hope that we as humans will work towards solutions that will help remedy many of these issues.  But I as look at the way the world is on a dead run toward ever more growth and continued demand for more and more energy, I’m sticking with my opening sentiment.  Basically, we’re screwed.