If you like your arena shows over-the-top with plenty of real pop talent, then get thee to a Gaga show.  I recently saw the Monster Ball Tour starring Lady Gaga at the MGM Grand Garden Arena in Las Vegas.  And what a show it was. Flaming piano: check. Massive sets: check. Bleeding religious-inspired statue: check. Instant costume changes with crazy Lady Gaga outfits including a spark-shooting brassiere: check, check, and more checks.  Yes, this show pretty much has it all including a mythic story line that has Lady Gaga facing all kinds of tests including the Fame Monster to successfully make it to the Monster ball.


And the spectacle may not be the best part.  Because Lady Gaga has the musical chops to ensure that her talent isn't overshadowed by the flash. Her vocal performances are near perfect even when she's dancing, writhing, and be hoisted on the shoulders of her dancers her voice never wavers.  She's at her best during the most vulnerable moments in the show; when it's just Lady Gaga and her piano performing and brilliant song like Speechless.


It also seems to me, you can read this show on a deeper level.  Because in her stage performance, like in her music, Lady Gaga seems to take pop/literary references from the past 60 - 80 years and bring them together into something new and inspiring.  Sure that sounds like a lot of credit to give someone who may be just another pop fad.  But consider a few of the concert's themes.  There's the Tinkerbellian idea (yes I just intellectualized Tinkerbell) that you can make another's life better with a simple act of belief.  Or the Wizard-of-Oz-like suggestion that you can only find personal truths after you've gone through the struggle of losing yourself.  There are also bigger mythic literary themes, like the idea of confronting your fears in order to achieve a new level of enlightenment. I could even make comparisons to performance artists like Paul McCarthy or Matthew Barney.


I'm sure a lot of people who saw the show are reading this now and rolling their eyes. But I think Lady Gaga is trying to be bigger than just another top-of-the-charts starlet. Take the messages she delivers during the show, many of which concern gay rights.  I'm surprised that Lady Gaga can pull in such a main stream audience even while confronting controversial issues like gay marriage. It should concern conservatives worried about a shift in public attitudes towards homosexuality.  Because it's not liberal voters who will shift current attitudes.  It's not activist judges.  It's not even the gays and the lesbians themselves.  It's people like Lady Gaga and her fans who will eventually make it so uncool to oppose gay marriage, that few will continue the opposition. That's the kind of music-fueled, social change I haven't seen in a long time.


Enough of my academic thoughts on Lady Gaga. Let's get back to the pure, wild, fun-filled spectacle that is the Monster Ball.  Here are some pictures from the concert.

First, a couple of photos from before the concert as we wait for the mayhem to begin featuring Felix, James, Justin, and me. 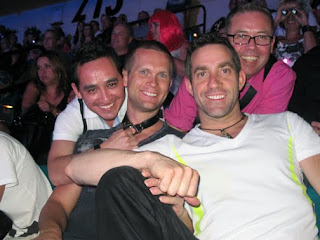 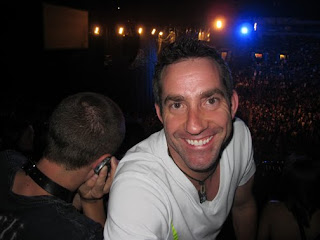 You'll have to see the show in person to experience the dramatic opening; my camera just can't capture it.  But these photos give you an idea of what the early part of the performance was like. 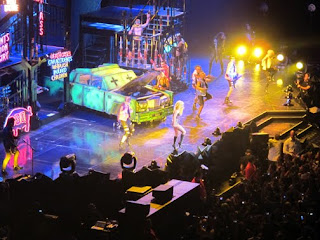 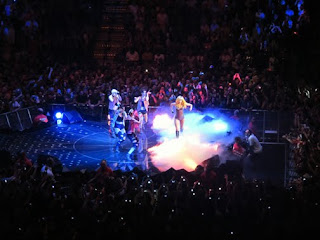 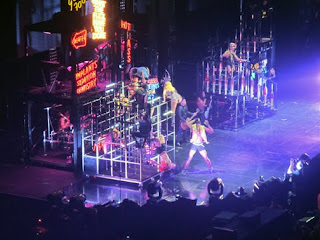 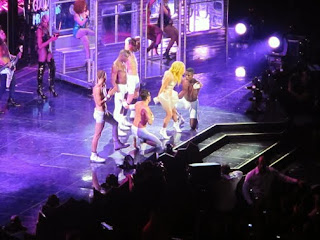 The transformation of Lady Gaga. 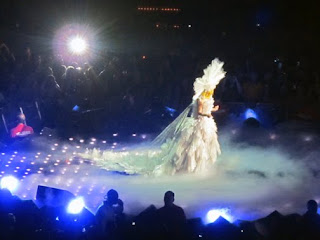 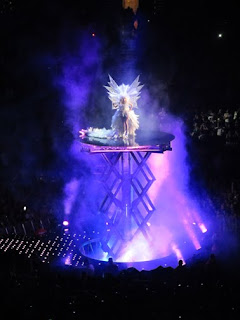 And a few random shots from the latter part of the show. 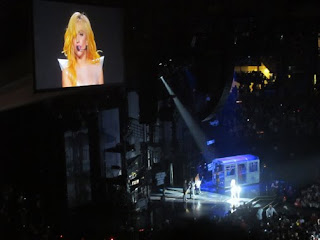 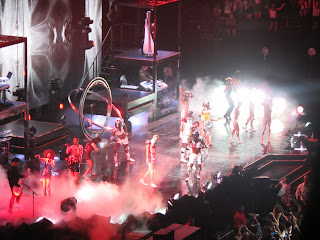 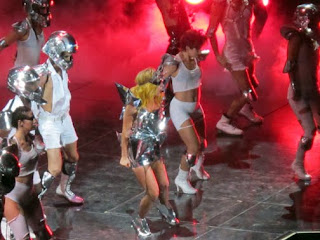