Living in the Land of Raj.

Companies like to define target audiences with something called a "persona."  It’s a way to bring the target to life by giving him or her a personality.  One of my clients has a whole set of personas, one of which is for a target audience called technology enthusiasts.  These are the early adopters, the guys who are professional, successful, and who you might call geeks.  My clients have named this persona Raj.  And if you’re spending time at the South by Southwest (SXSW) interactive conference, you’re spending time with a lot of Rajes.
Here are a few of my key take aways from my time living in the Land of Raj with plenty of photos for support.
Raj likes his cool, intense, game-infused imagery.
And SXSW west gives plenty of people a chance to get their imagery out there.  Just about every pole, post, box, or other public space was wrapped in plastic to prepare for posters and flyers that were posted all over town, many of those poster targeted at Raj. 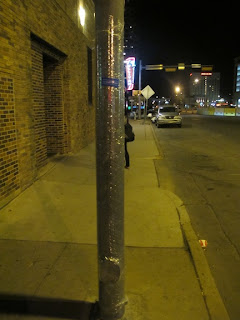 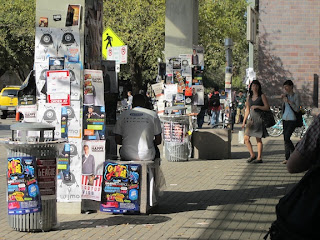 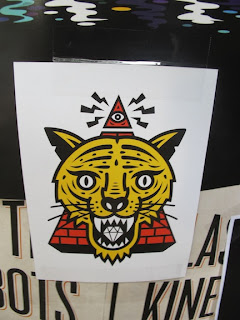 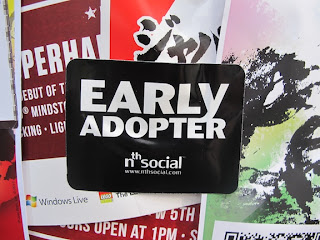 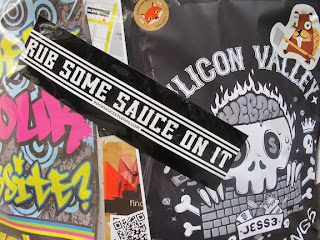 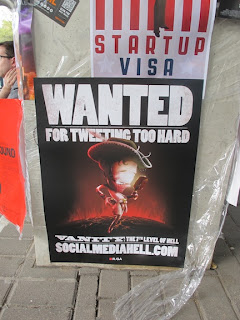 The QR code is king.
These things were everywhere from posters, to trade show materials, to the backs of t-shirts.  Many technology enthusiasts were seen scanning away. 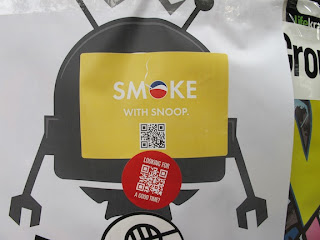 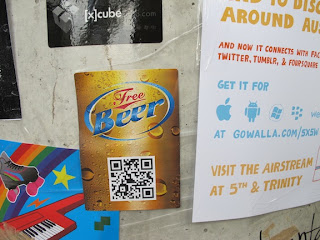 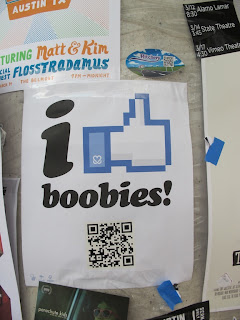 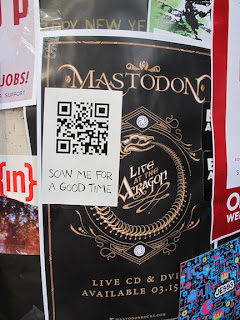 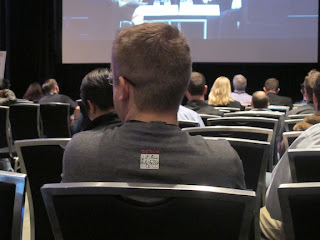 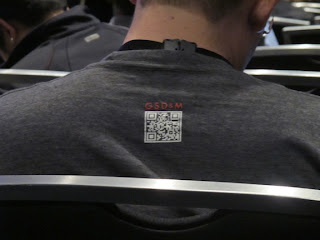 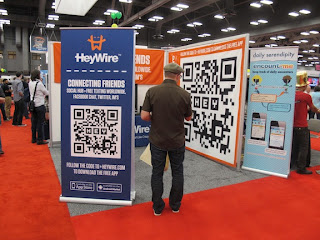 Celebrities that REALLY appeal to Raj may be completely unknown to me.
LIke the guy that started Foursquare, Dennis Crowley. (The first question from the Q&A: can a female friend of mine have a hug? The answer: yes.)  Here’s co-worker Kelly getting her picture taken with Dennis. 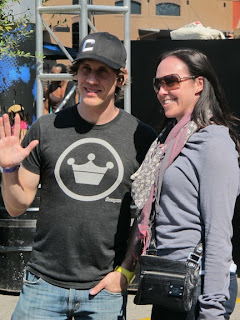 There was Felicia Day, a keynote speaker and star of  the heralded web series The Guild (huh?).  That’s one I’ve never heard of but the Technology Enthusiasts were falling all over themselves for this attractive geeky girl who “likes cupcakes.”  And I don’t think that’s some insider technology term.  Felicia is getting ready to launch an all new web series called Dragon Age: Redemption.  Here are the Ogilvy Notes from Felicia Day's presentation: 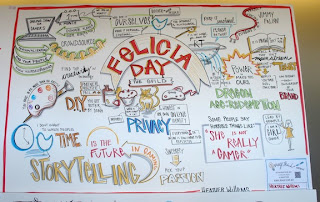 Also presenting a keynote address, Christopher Poole, the creator of a site called 4Chan.  Once again, I’d never heard of this place where anonymity reigns and anime is everywhere.  His new endeavor is a site called Canvas.  You can sign up for the service at canv.as/sxsw.
Raj likes his gadgets and right now, gadget = iPad.
At the pop-up Apple store set up just for SXSW, the iPad 2 sold out instantly.  And you could see people everywhere fiddling with their iPads, even sketching super-hero-like figures: 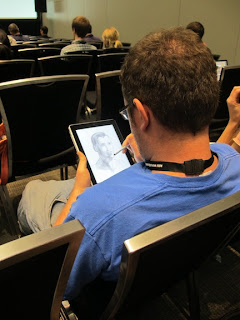 Finally, Raj may sometimes spend too much time tinkering with technology.
And not enough time getting out in the real world in hopes of meeting that special someone.  Well, at least now there's an APP for that: 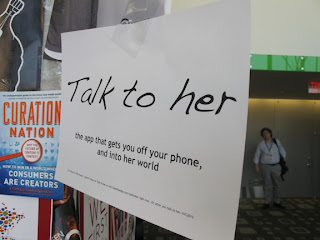 Thanks Raj for making the SXSW Interactive Conference not just educational, but also a dang good time.
Posted by Jeff at 8:31 PM