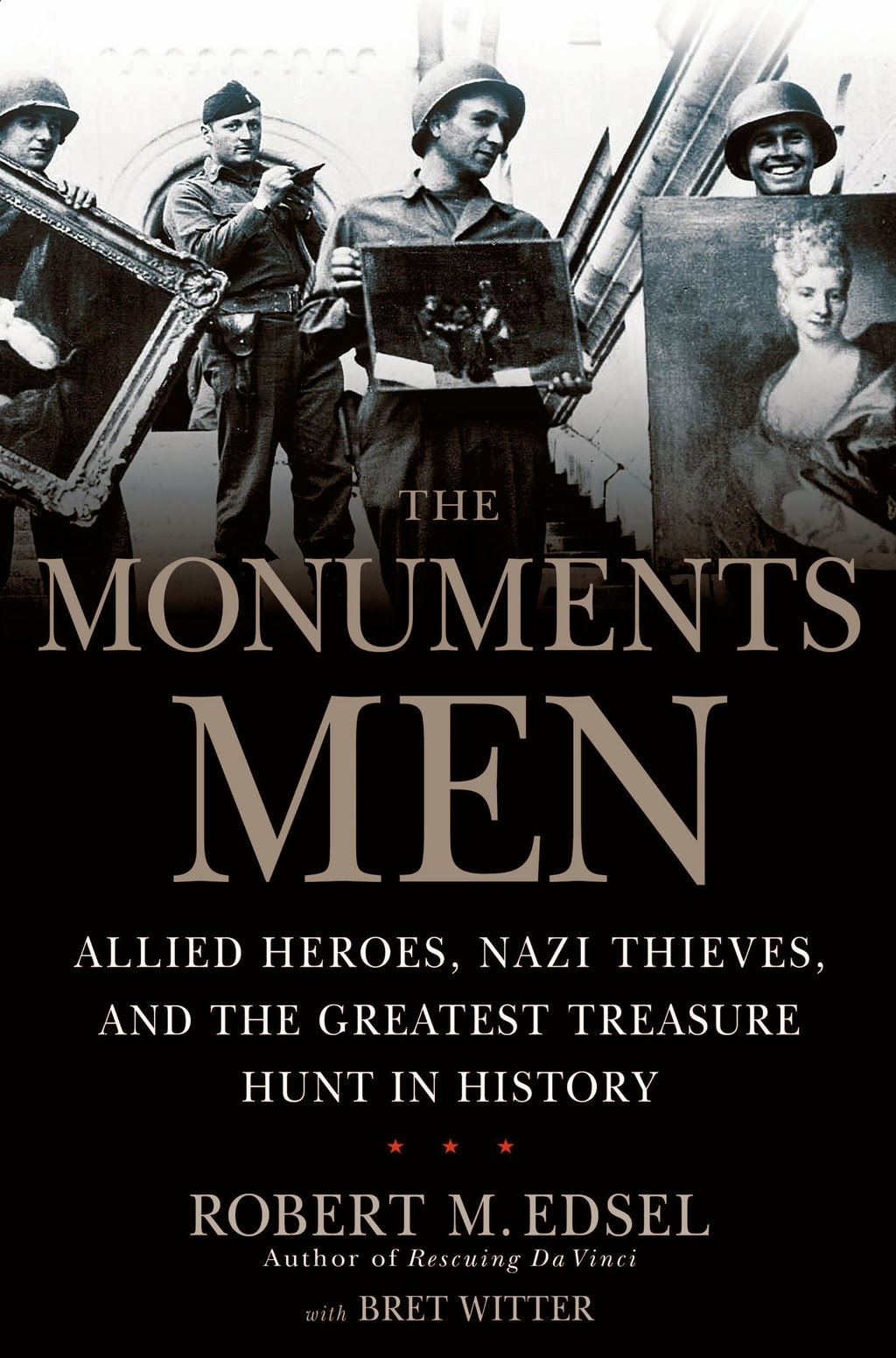 Thank God for historians.  I love it when historians bring to life an interesting story that seems like it should be common knowledge and yet has somehow been lost to time.  Such is the case with The Monuments Men: Allied Heroes, Nazi Thieves, and the Greatest Treasure Hunt in History by Robert M. Edsel and Bret Witter.  I listened to the audiobook which was performed by Jeremy Davidson. This is a story I feel like I should know about and yet I'd never heard about this smart moment in American and European history.

The Monuments Men tells the story of a small band of "soldiers" (Many from the US with additional soldiers hailing from Great Britain and France) who are tasked with finding, retrieving, and protecting Europe's great monuments and works of art.  There was a reason this was important.

We all know that Adolph Hitler was evil.  This book only adds to that perceptions.  It reveals that Hitler's evil is based in greed.  And the Nazi's were greedy not only when it came to world domination, but also when it comes to their desire to steal Europe's great art treasures, particularly those owned by Jews.  It's this information that made me like this book.  I follow the art world faithfully and the return of art works stolen by the Nazis is an ongoing battle.  Even many upstanding museums have ultimately returned famous works to the people or institutions from whom they were stolen by the Nazis.  What I didn't know about is how extensive the theft by the Nazis was and that the US government put in place a team (albeit a surprisingly small team) to help combat the looting of Europe's cultural heritage.  That's a pretty great story.

I didn't like the chaotic way in which this story is told.  There are a lot of characters and places in The Monuments Men and the writers struggle to create a story that isn't confusing. At the beginning of almost every scene, I struggled to remember which characters were in play and how they related to previous stories. This difficulty is even more surprising considering the fact that I was listening to the audiobook which gave me the added benefit of Davidson's voices to help remind me of which character or place we were talking about. This chaos detracted from the fascinating information included in the book.

The most important thing I took away from this book is that we haven't learned a lesson from this moment in history.  The Monuments Men were a short-lived military group.  It seems to me that this should be a permanent group in the US military.  It might help prevent the looting that we've seen in places like Iraq.  I agree with the Monuments Men; evil wins when wars result in the destruction of our cultural heritage.