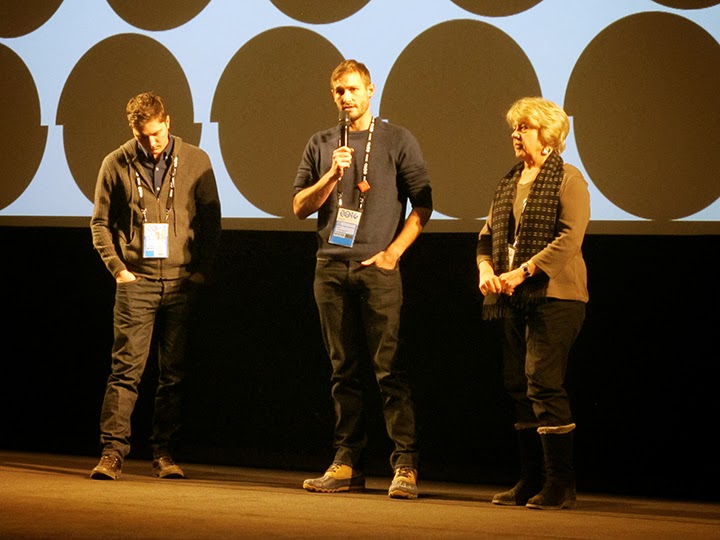 Every now and then, you attend a Sundance screening and the experience is unlike any other movie-going experience.  I've often wondered which plays a bigger role in making those experiences so rewarding.  Is it the fact that you're seeing an intriguing, inventive movie?  Or is it the fact that your seeing the movie with an audience full of movie buffs who are genuinely interested in the subject matter?

On rare occasions, it's both.  After the screening of The Case Against 8, editor Kate Amend commented on how much fun it was to watch the movie with our audience. And she was right.  The crowd laughed at all the right places and even some surprising places. We cheered and applauded at just the right moments.  And there were times when it sounded like the entire audience was in tears.

But while the audience did its part, the filmmakers gave us an amazing film that we could react to. Yes, this is a movie about gay marriage. And as many of my friends know, I support the legalization of gay marriage even though I have no intention of ever getting married; gay, straight or otherwise. This movie, however made me believe that now is the time to legalize gay marriage. And with the recent court ruling that could make Utah the 18th state to legalize gay marriage, something I didn't think would become a reality for at least another decade or two, it feels like real change is happening.

The Case Against 8 from directors Ben Cotner and Ryan White follows two california same-sex couples who challenged California's Proposition 8, a 2008 measure that repealed the right of same-sex couples to marry. Early on, the story surprises as it introduces us to one of the lead attorneys in the case, Ted Olsen.  He's the guy who represented George W. Bush when the Supreme Court awarded Bush the presidency over Al Gore.  He becomes an unlikely ally with David Boies, the lawyer who represented Gore in that same case.

This movie reminds us that we are living through an important historical moment in the civil rights history of our country. And it's exciting to see America step up and move our policies in a direction that embraces diversity and inclusion. I haven't had to hold back the tears in a movie theater this much for a long time. And yeah, I'm not getting married any time soon. But this movie made me believe that maybe, just maybe, our society is finally willing to admit that it's OK to be gay.