Sunday in the park with Gertrude.

It's no secret that I celebrate my inner old lady.  In fact, my friends have named my old-lady persona.  She's Gertie (short for Gertrude).  And Gertie was in heaven on a recent trip to Washington D.C. where she visited Hillwood Estate, Museum, and Gardens.  This is a place created by an old lady, run largely by old ladies, and visited predominately by old ladies.  They actually serve afternoon tea . . . in the garden!
If you plan to visit Hillwood, make sure you know how to get there because this place is off the beaten path.  My taxi driver wouldn't have made it if I hadn't brought a printout of the directions.
Hillwood is delightful for its unabashed ego.  You're greeted with banners that read, "Where fabulous lives." (I know some gay men who might beg to differ.)  Even their admission buttons (and this is the most insignificant museum I've been to that has admission buttons) brands visitors as fabulous. 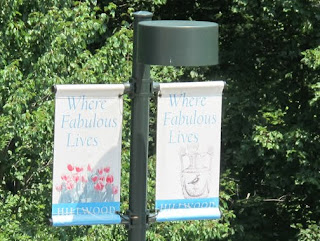 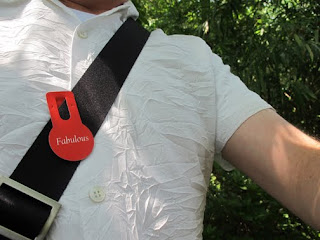 I was greeted by an old lady (dressed in a smart, Chanel-like suit) who was devastated when I turned down the docent-lead tour.  "But how will you know what you're seeing?" she asked.  I responded that I'd get by.
While I planned my visit mostly to see the gardens, I started by wandering through the mansion turned museum. It was more enjoyable than expected.  Hillwood was created by Marjorie Merriweather Post, the heir to the Post cereal fortune.  Her father died while she was relatively young leaving her a vast fortune.  She was an undeniable eccentric who married and divorced four men, two of whom were the U.S. Ambassadors to Russia. She loved to collect things.  The Hillwood mansion is filled with stunning collections.  Some of the best feature Russian gems including a whole bunch of Faberge eggs.  I love how casually the collections are displayed. 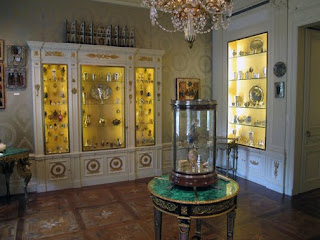 The mansion is curated beautifully.  I like that the staff haven't made the house too museum like.  Instead, you get a feel for what it must have been like to attend a summer party at Hillwood; the opulence, the dinners, the conversations, and the after-dinner entertainment.  This room was designed for performances, including a balcony complete with theater-style seating. 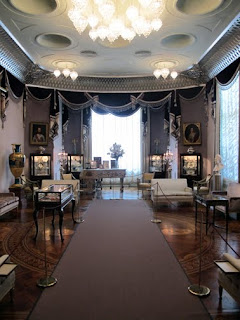 Most interesting were some of the more mundane areas of the mansion, including the 50s-style kitchen left just as it was when the house was entertaining. 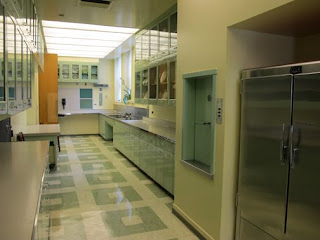 However the gardens are where Hillwood really excels. The grounds smell as good as they look.  I'm not sure who oversees the plantings but it feels like they want you to smell the gardens as much as see them. And then there are the birds.  Sure we have songbirds in Utah, but nothing like the overwhelming sound found in these gardens.

Ms. Post definitely left enough money to allow for a substantial gardening staff (and they were busy at work while I was there). The grounds are meticulously well kept.  Take the formal garden just outside the mansion.  The sculpted box woods are stunning. 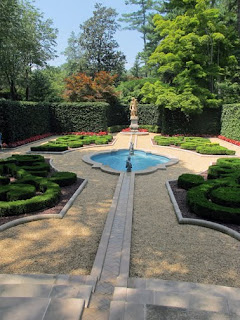 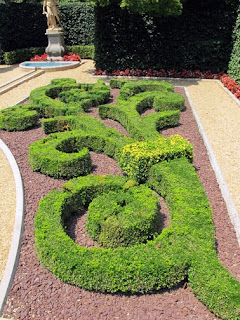 Let's talk ivy.  I've never seen so much ivy used to such great effect, from ivy walls to sculpted ivy borders.  One of my favorite ivy moments is an area that brags about its royal heritage. 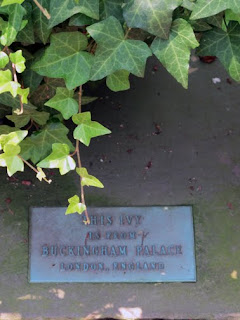 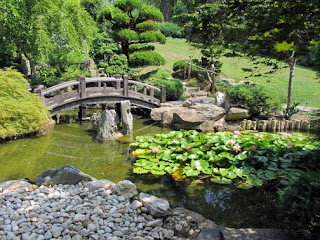 There are plenty of interesting areas on the grounds (including four fallout shelters; how very 1950s).  One of the most beautiful is the greenhouse filled with orchids.  Marjorie Merriweather Post loved having orchids in her home so she created a greenhouse designed to ensure a constant source of the flowers. 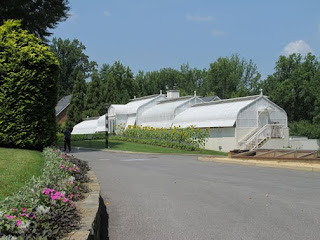 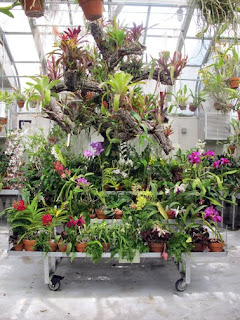 Finally, my favorite spot in the whole place was the pet cemetery.  The pathway leading to the cemetery was flanked by stone dogs.  Then there were the marble markers, with their quirky pet names that celebrated the happiness these dogs obviously inspired.  It's strange that as I approach the one-year anniversary of my dog Cairo's death, this pet cemetery made me happy. 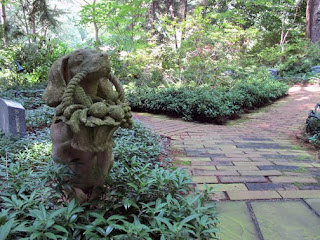 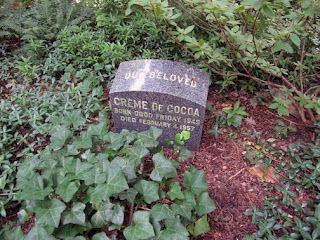 Oh Marjorie, I wish you and Gertie could enjoy afternoon tea in the gardens at Hillwood. I'm sure the two of us would get along famously.