What I learned at Storm King: Size matters.

Scale is one of my favorite artistic principles.  Many modern artists have toyed with scale either from a super small perspective.  Or from the opposite end of the spectrum.  If you're interested in big scale, there's no better place than Storm King.  When you've got a 500 acre gallery, you can go big.  Here are a few examples of massive sculpture. 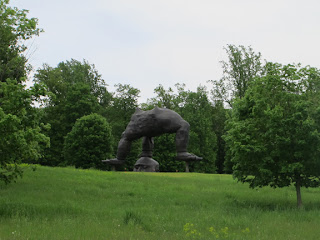 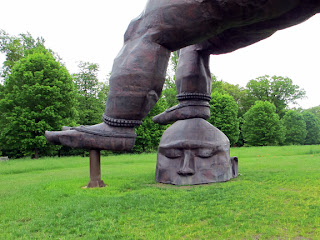 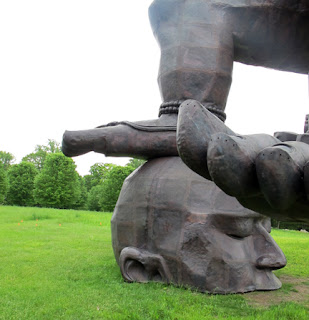 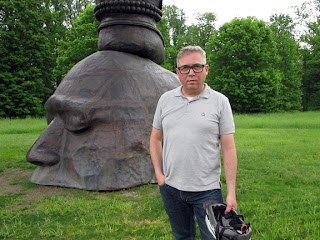 Richard Serra is known for his massive steel sculptures.  And his giant steel walls designed specifically for the site are no exception.  Normally sculptures so big are imposing, but in a place like Storm King, Serra's sculpture had a beautiful, subtle quality. 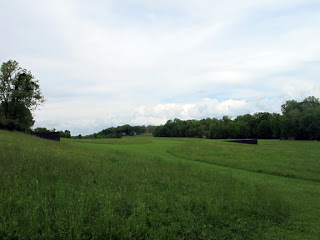 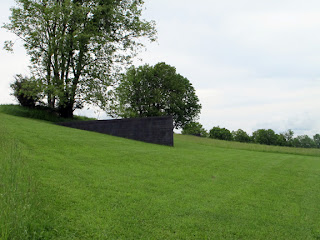 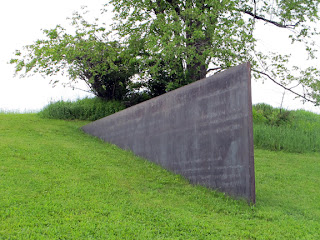 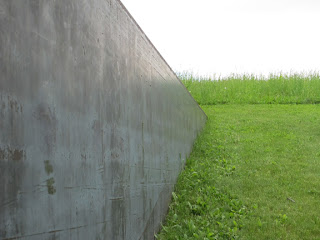 I loved the way these imposing panels became gestural sketches when viewed from certain angles.  This became even more evident when just a few days later I saw an exhibit of Serra's large-scale drawings at the Metropolitan Museum of Art. 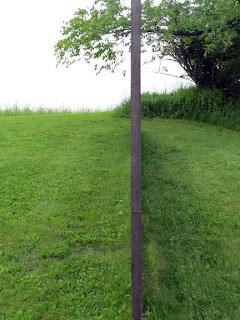 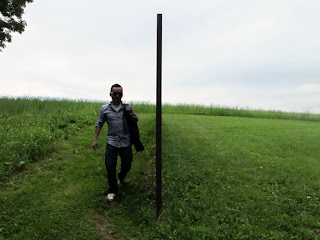 One of my favorite works that dealt with bigger-than-life scale is Menashe Kadishman's delirious Suspended (1977, weathering steel).  Photography may not communicate how big this precarious sculpture is. 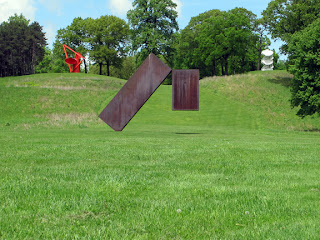 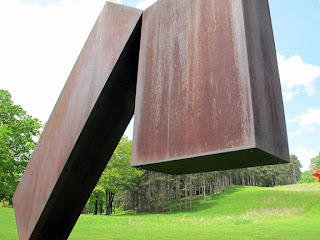 But when you add a human to the scene, it changes the perspective. 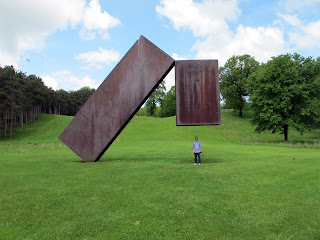 There are plenty of other massive works at Storm King.  I'll be saving some of those for future posts.  But I'll leave with this last photo.  As we were waiting for the bus to pick us up, I saw this image off in the distance.  I don't know the name of the work, but look carefully and you'll see a person standing near the sculpture.  This is sculpture big enough to compete with the environment. 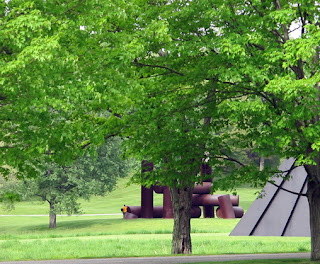