While biking through Kyoto, we took a detour to the National Museum of Modern Art.  This was a museum that was surprisingly sparse when it came to art.  But maybe that's because there were no special exhibits open at the time we were there.  And while there wasn't much in the way of Art that inspired me, it did offer a couple of inspirational things including something for the bicycle fans.

First, there was this spectacular view of one of the best Japanese gates I saw on the whole trip. 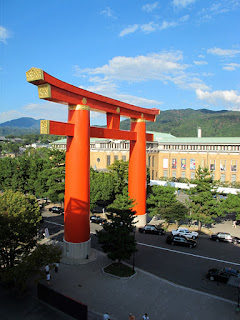 But my favorite thing at the museum was a delightfully placed sculpture outside the museum.  In a brilliant bit of curating, there was a sculpture right behind the bicycle parking area. 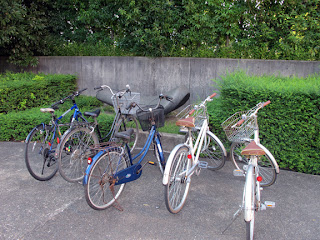 This is Bird in Cloth Saddle, a 1974 sculpture by Makio Yamaguti.  And it does look like a bird and a bicycle saddle. 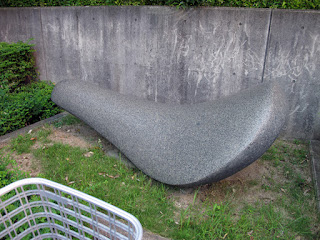 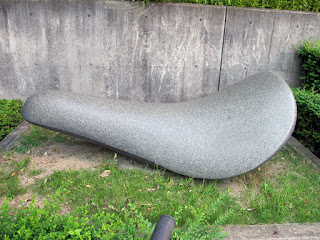 Although I'm not positive of the title.  The marker seems to read Bird in Croth Saddle and someone added the "l" later.  Is it just me, or does that seem like someone making fun of an Asian accent, "did you see that bird in a croth saddle"? 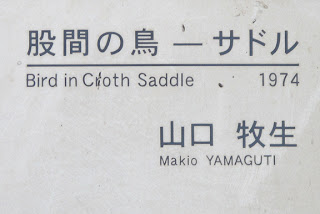 Whatever you call it, it's some fantastic Art-world whimsy.
Posted by Jeff at 8:16 PM