Nostalgia is alive and well in Shanghai.

The last stop on my recent business trip found me in Shanghai, China. For my global museum adventure, I chose to visit the Museum of Contemporary Art (MoCA) Shanghai. It was an unusually sunny and warm day so I chose to walk the 45 minutes to the museum.  And the locals were out in force at beautiful People's Park, the home of MoCA. 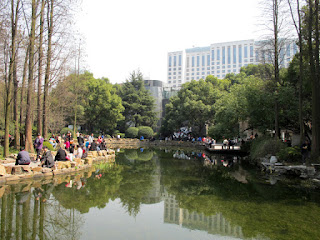 Before I get to the art, I have one little side track.  I was amazed at how Western the City of Shanghai is. There are times when I wouldn't have been able to identify the city as Chinese other than the fact that I knew I was in China. One humorous demonstration of the fact are the street signs found throughout the park. They directed me to Chinese sounding locations like Nanjing Road and Nishiyama Falls. They also helped me find MoCA or a particular park entrance. And of course, they told me how to get to the nearest Starbucks. 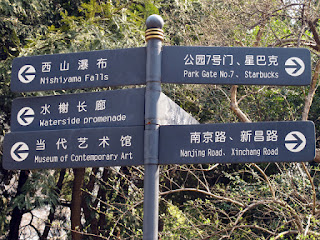 MoCA is a smallish museum but a beautiful space to see art. And the current exhibit was interesting in many ways.  I've often talked about how a city will seem to conspire to demonstrate a single artistic idea or theme through multiple exhibits, at multiple museums.  I don't think this is intentional. It may just be me reading something that isn't there into the art.  Or it may just be a coincidence as certain themes invade the collective psyche of the art world.

This time, I had a similar experience but on a global scale. Themes of memories and dreams infused my museum adventures in Toronto and Berlin. And MoCA Shanghai wasn't even subtle about its intention of discussing dreams and memories with an exhibit titled Nostalgia curated by Kim Sunhee. 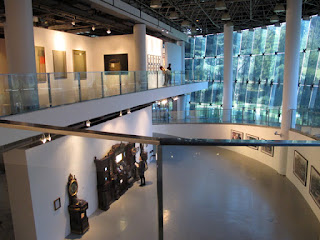 This exhibit was swarming with artists' takes on memories of the past; some writ large with nightmarish results like Shell of Cicada (2008, installation) by Qiu Anxiong 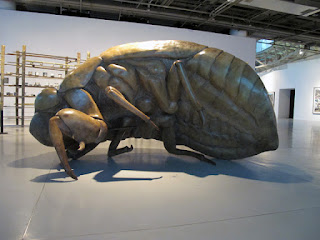 Won Seoungwon's photos that relive memories of her childhood from age seven are weirdly emotional.  Photos may be the wrong term.  Created long before digital manipulation allowed for such convincing juxtaposition of imagery, these works combine photographic elements to create pictures that feel like distant memories.  Here are two prints from her series My Age of Seven: A Strange Playground and The Secret of Christmas Tree (both 1978, c-print) 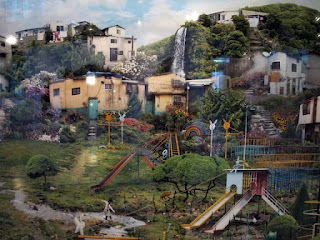 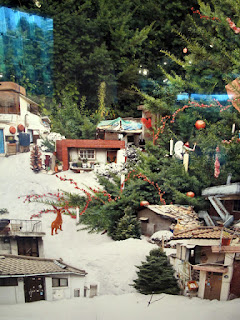 In a work that can only be described as Cindy-Shermanesque, Sawada Tomoko explores ideas of identity and how we perceive ourselves through the eyes of the world and those around us.  This is an installation view and details of OMIAI♥ (2001, c-type print) 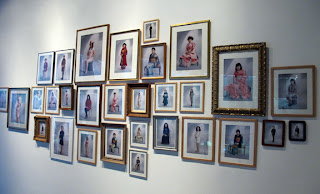 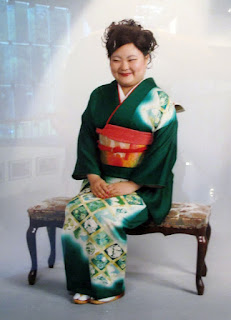 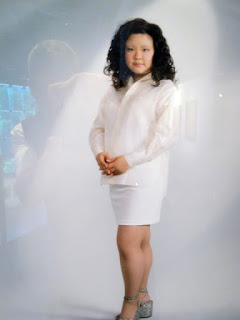 My favorite works in the show were large paintings by Korean artist Song Hyun-Sook. The works were surprisingly photo realistic in the way that a Gerhard Richter painting can feel strangely real. They evoke memories that are authentic to an Asian sensibility and offered a tranquility that I found comforting. The surprise of these paintings is the beautiful simplicity of Song's technique. In fact, to ensure the viewer fully understands what the artist is doing, each painting is titled with the exact number of brushstrokes required to create the image. I would love to watch one of these paintings being created. Are there multiple studies required to make such recognizable images with so few elements? Or does Song just see the image and commit it to canvas with large and sweeping strokes.  This is art you could live with for a very long time. Here are three of her paintings:  16 Brushstrokes, 9 Brushstrokes, and 7 Brushstrokes over 36 Brushstrokes (all 2007, tempera on canvas). 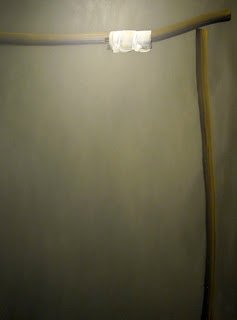 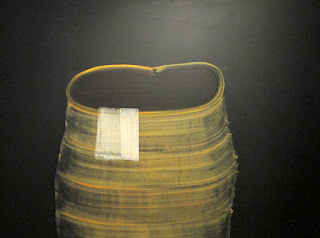 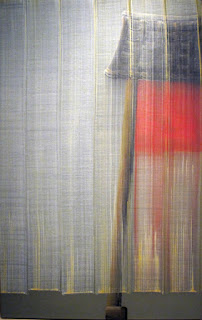 Hai Bo presented small photographs in an all white gallery.  The gallery was lit with a single bare bulb. As you viewed the black and white photos of people from the past, it was impossible not to insert yourself directly into the memory in the form of a dreamlike shadow.  This work is titled Friendship (1998, photography). 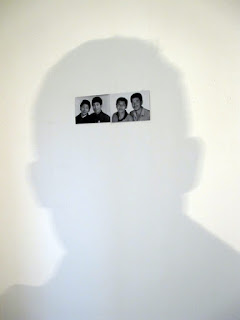 Before I conclude my global art adventure with Nostalgia at MoCA Shanghai, I offer one bit of museum cleverness.  The bathrooms at MoCA are tiled with ornate patterns.  The result has a Baroque attitude with a distinct modern flair.  However on closer inspection you realize that the pattern is created entirely from words.  And not just any words, these are profanities, slangs, and slurs that would be appropriate for the seediest of bathroom walls.  It might be easy to assume that this is just another bad "Chinese to English" translation.  But I'd be willing to bet that the artist was brilliantly aware of what he or she was doing. The result is pure silly museum fun. Click on the second photo to enlarge it and see more of what the pattern is really saying. 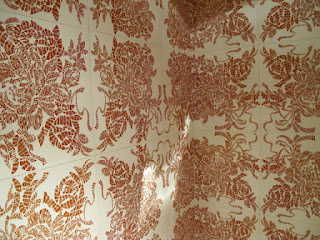