The beauty of glass, broken and otherwise.

Those clever curators at the Museum of Arts and Design (MAD) are at it again, focusing their Art-world eye on Art made from unusual mediums.  Remember in 2009 when MAD dazzled us with paper works. In 2010 it was works made from materials produced by living organisms. Just recently, I wrote about the museum's exhibit dedicated to dust and dirt which is still on view.  Now, MAD has opened a new exhibit with works made from glass.

Glasstress New York: New Art from the Venice Biennales showcases work created by the glass magicians of Murano at the studio of Adriano Berengo.  Berengo engaged artists, architects, and designers from around the world to imagine works in glass which were then realized by his studio. The resulting objects were originally shown at the 2009 and 2011 Venice Biennales.

Now they've traveled to New York, which in itself is a nerve wracking concept.  I'm fascinated with the way art travels the world, largely because people tend to be hush hush about the subject. No good can come of letting people know plans for moving some of the world's most valuable objects.  But in this case, my intrigue is even greater. I can't imagine how some of these works of art made it from Italy to the USA without being destroyed.  That tension only heightened the pleasure this show delivers.

The centerpiece of the show is a stunning sculpture titled Corona (2011, Murano Glass Chandelier and stuffed crows) imagined by artist Javier Perez.  There's something romantic about this piece. Or maybe it's Gothic. Whatever it is, I like it. 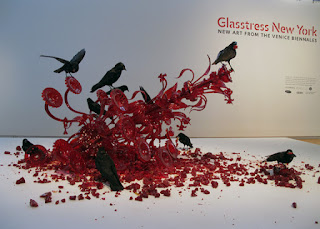 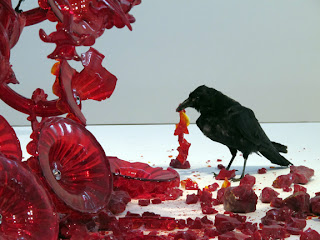 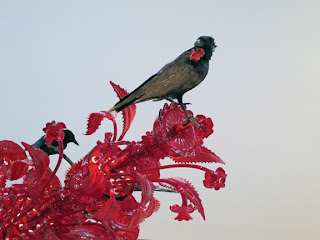 Other works in the show spoke with a much softer voice but delivered just as much emotion.  Take two works that acted as miniature dioramas of some of New York's most spectacular large art works installed over the past few years.  You may recall last summer when Jaume Plensa installed his monumental sculpture Echo in Madison Square park. Here Plensa presents an even dreamier, more soothing vision that if I had to guess is based on the same person as last year's work. Cristina's Frozen Dreams (2010, glass) plays tricks with your mind. It made my eyes feel like digital cameras unable to find focus. 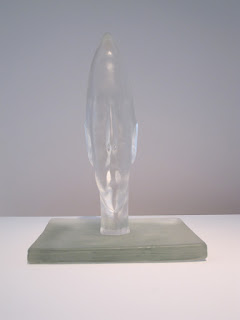 It was in 2010 that Doug and Mike Starn built their monument Big Bambu: You Can't, You Won't, and You Don't Stop on the roof of the Metropolitan Museum of Art.  Their piece at MAD, Untitled (2011, acid etched glass) is impossibly fragile as it evokes the ethereal structure that grew atop the MET. 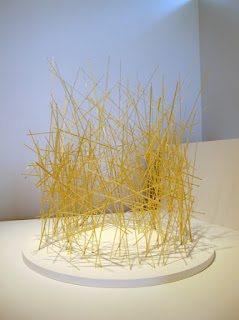 You can also have your own mini Vic Muniz retrospective at MAD. Upstairs as part of the dust and dirt exhibit you'll find several large, intriguing photographs from the artist.  In Glasstress, Muniz attempts to stop time with a brainteaser of a work that has the viewer asking, "How did they do that?"  Untitled (2010, glass, brick, wood, and steel) is a giant hourglass in which time has frozen and turned to stone. 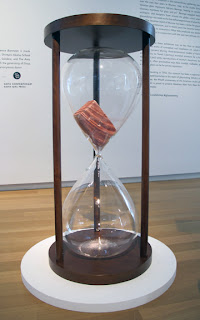 Several works are amazing for their incomprehensible craftsmanship. Bestiarium: Maki (2011, glass and metal), the strange creature from the mind of Marta Klownowska looks simultaneously cuddly cute and dangerously sinister. 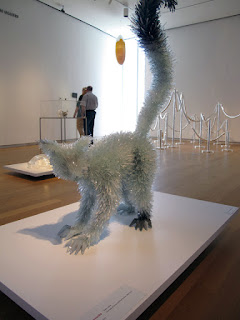 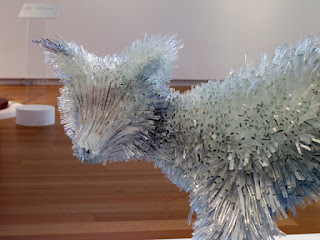 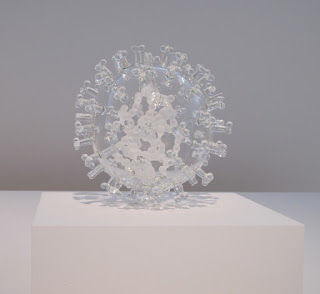 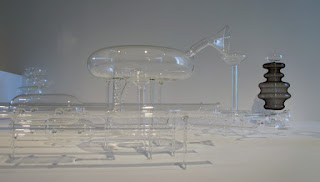 I'll end with a piece so fragile it made me nervous just getting close.  All I could imagine was accidentally dropping my camera and hearing the crash as the sculpture shattered. The piece is Michael Joo's Expanded Access (2011, mirrored borosilicate glass). 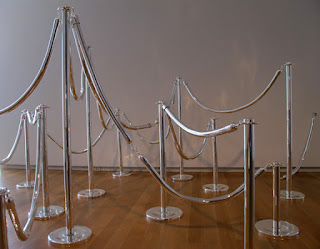 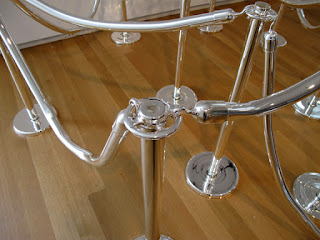 This is a spectacular show that  inspired audible ooohs and aaaahs from me and other museum goers. It's open through June 10, 2012.