Bring out your gays; Erasure is in town.

I need to start this post by admitting that I am not the Erasure fan I should be.  I like a lot of their songs, and can at least usually sing along to the choruses.  Felix is a true Erasure fan and bought tickets to their recent concert at Salt Lake City's Kingsbury Hall.  He invited me.

I'll start with a great big thank you to Felix.  I liked this concert a whole lot more than I thought I would for a bunch of reasons.

I'll start with the opening act.  Frankmusic (which by the way, the lead singer produced Erasure's upcoming album) was really fun.  I'd be perfectly happy to show up at a dance club and have a DJ play one of their songs. Plus, the lead singer was charming when he signed their latest single during the break. 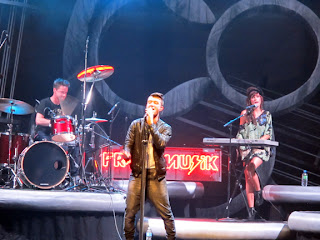 Then we got to the main act.  I've never seen Erasure live and I'm sad I haven't.  This performance was spectacular.  I love concerts in a small theaters like Kingsbury Hall. And when you pack that theater with gay men who absolutely love Erasure, the experience is even better.  I haven't had this much gay concert fun since I saw the Pet Shop Boys in San Francisco.

Lead singer Andy Bell sparkled, literally, with his sequin coat that he shed to reveal his corset/vest, which was later cut off to introduce one of the best onstage costume changes I've seen since Carol Channing's cabaret show.  (Wow, how gay was that last sentence.)  But he also sparkled vocally.  This guy can sing and he can sing live, even if his voice is being processed digitally. 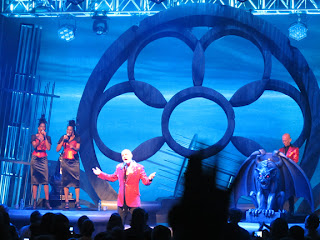 Just like seeing the Pet Shop Boys in SF, the crowd was one of the best things about this performance.  Here's a general crowd shot of all the party boys. And a shot of the boys two rows in front of us who had more fun than just about anyone else in the theater. 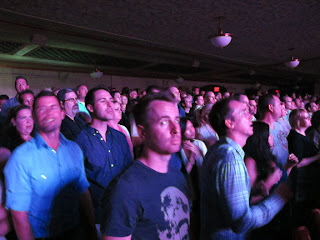 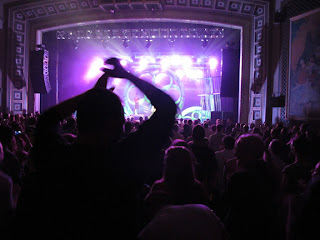 Some in the crowd were having more fun than the rest of us.  This guy in the row in front of was smoking something. I'm not sure what it was but he was puffing all night long.  I have proof: 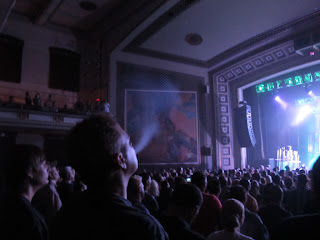 I also loved how the crowd, even though they were as old as me, have embraced the new social-sharing attitude.  People video taping this concert were rampant. 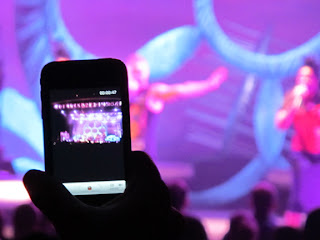 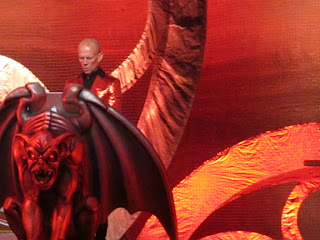 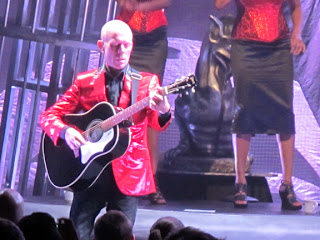 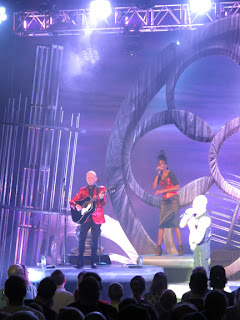 I can't end this post without acknowledging my favorite Erasure fan, Felix, who bought the tickets and invited me to an amazing concert experience.  Here's a photo and super-short video that hopefully communicates how much fun we had. 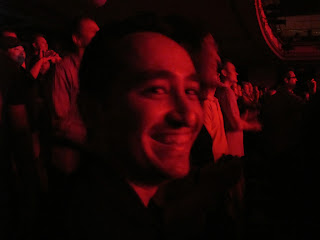