On the street where the Harajuku girls live.

If you want to experience total Tokyo chaos, take a Sunday afternoon and stroll down Takeshita Street in the city's Harajuku district.  After I did just that, I read in one of my guide books that on the weekends, it's the busiest street in the city.  I believe it.

Here are a couple of photos of Felix and me at the start of the street where you can see some of the crowds in the background.  By the way, notice how bored Felix looks standing under the one of the world's happiest signs. 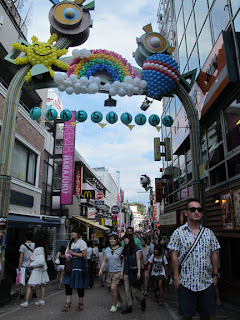 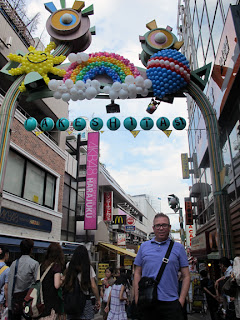 It just gets crazier from there.  To the point that with the heat and humidity, the whole thing can quickly become overwhelming.  My trip down Takeshita street brought some of the stuff I'd heard I might find.  Like following a Harajuku girl who's obviously found her closeted child. 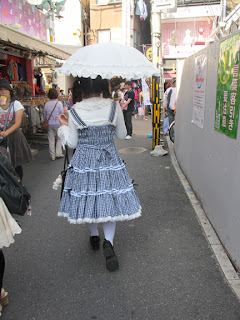 Or the strange and wondrous clothing stores that help people release their closeted children, or their . . . well I don't actually know what some of this stuff releases but there might be a gay man involved. 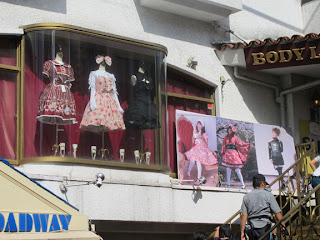 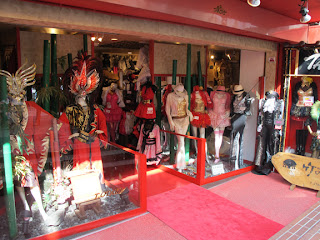 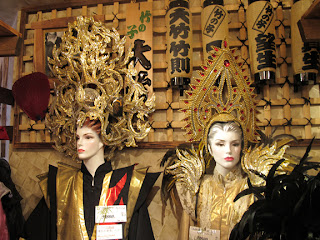 However, without doubt, my favorite part of Takeshita street is the store names.  Remember that scene in the Simpsons where Homer takes a drive down Springfield's gay boulevard and the street is lined with shops featuring hilarious names based on gay puns (my personal favorite being Armistead Mopeds)?  Well Takeshita street is like the bad Japanese translation of that scene.  And yet, there are a couple of stores that would be right at home in Springfield's gay district. 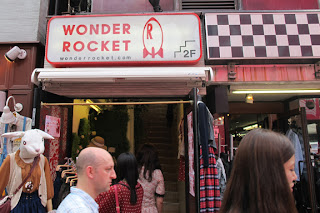 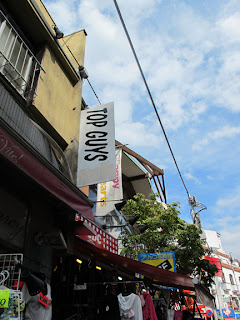 There were also plenty of other funny store names.  Here's Mighty Soxer, and yes, they sold socks. 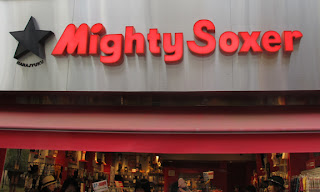 Or what about Paris Kid's.  This might not be that funny but as a kid who grew up known as one of the Paris Boys, it made me laugh. 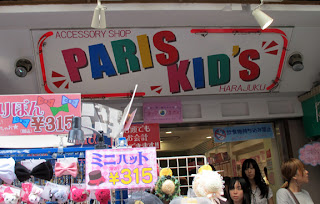 Speaking of kids, what kid wouldn't want to be sent to her SBY Happy Room? 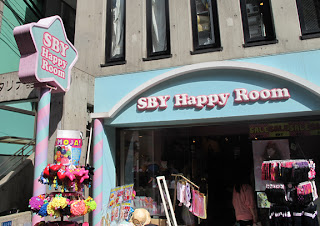 Nearby was Fancy Pocket. 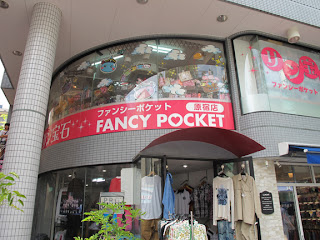 With Fancy Pocket, I have to side track a bit because this store is fantastic.  I challenge any girl under the age of 10 to not be totally transfixed by this emporium of all things pink.  Upon entering, Felix proclaimed, "It looks like Hello Kitty puked in here." Here are a few photos: 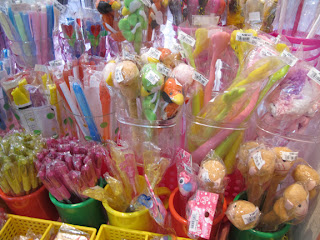 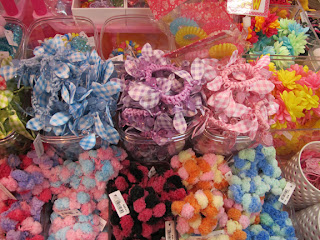 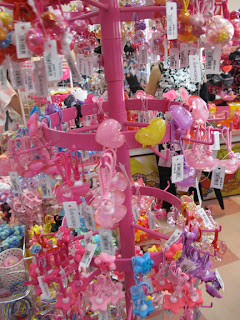 Wouldn't the world be a better place if we all shopped at the Happy Hearts Poesie Elf? 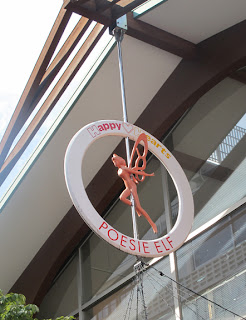 Finally, I leave you with the most fantastic store name ever: Store My Ducks. Indeed! 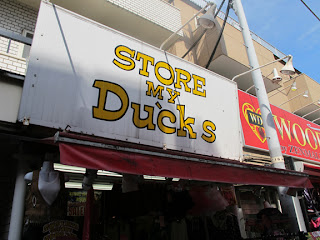 Oh, Takeshita Street, I hope to return soon.
Posted by Jeff at 2:19 AM