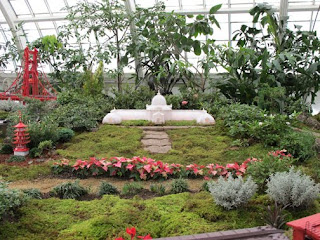 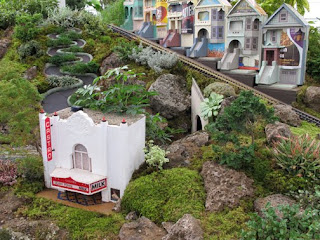 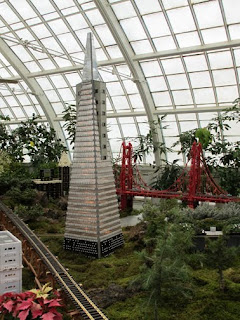 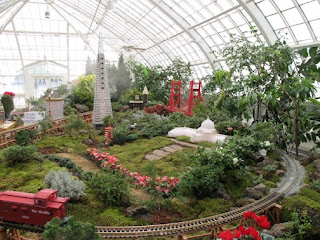 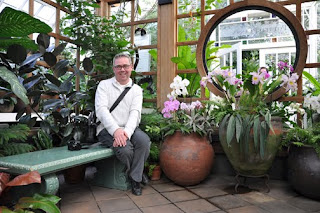 In celebration of real.

<!--[if !supportEmptyParas]--> <!--[endif]-->
But. There is something real about photographs that capture real people in real moments. People with freckles and pimples. People who express emotions. People with bags under their eyes or wrinkles that say something about experience. Even the fashion models in Avedon’s photographs seem happy to reveal flaws.
<!--[if !supportEmptyParas]--> <!--[endif]-->
There are a lot of great photos at this exhibit. Like the visually arresting self portrait of Avedon that was photographed in, of all places, Provo, Utah. Or the working Americans including a teenage Texas Rattlesnake skinner or a carnival worker in Thermopolis, Wyoming.
<!--[if !supportEmptyParas]--> <!--[endif]-->
My favorite work in the entire show was a massive print of Andy Warhol and members of The Factory. I love the fact that Andy Warhol seems like a side note in the photograph. I also love the crazy characters, like Candy Darling. In response to Candy Darling, we overheard a mother explaining to her daughter that the photographer had Photoshopped the head of woman onto the body of man and that’s why she has a penis. Is it just me or does this totally prove my point: no one believes photos are real anymore, even if the image was created long before Photoshop. 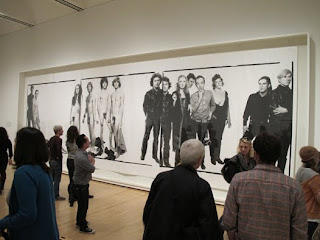 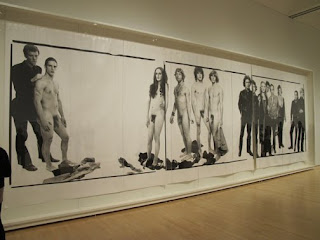 If you're in San Francisco for a friend's birthday, I figure you better find someplace interesting to have dinner. So Felix and I headed to Supperclub. This import from Amsterdam is part bar, part restaurant, part bedroom, part nightclub, and part performance art.

We were greeted at the door by our gender-bending host for the evening Miss V. (S)He asked how our day was going and after explaining that our original flight had been canceled so we were routed through LA meaning a total travel day of about 9 hours, Miss V took pity on us and arranged for complimentary champagne at the bar. She also offered us a delicious amuse-bouche.

When it was time for dinner, our server escorted us into a white room and took us to our bed. This restaurant doesn't really have tables. Rather, there are beds with small eating surfaces. Here we enjoyed a four course meal all of which was decided by the chef. No ordering, the food just arrives. While you enjoy dinner, a DJ spins dance music and the staff entertain with presentations that are closer to performance art than to performance.

One of the best parts of the evening was the lighting. It's amazing what a great lighting designer can do with a completely white canvas. And if you want to stay late, Supperclub transforms into a full-fledged night club as the evening wears on. But enough talking about it, why not just show you a few pictures.


You have to be rejected before you can get into Supperclub. 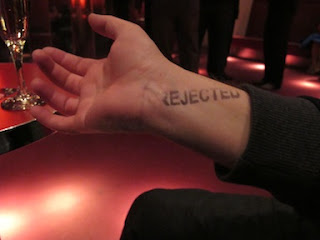 Here's Felix in bed and ready for dinner. 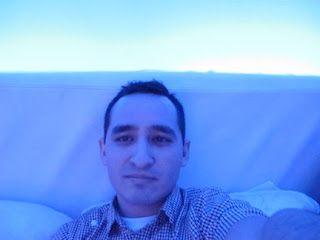 And me with new lighting. 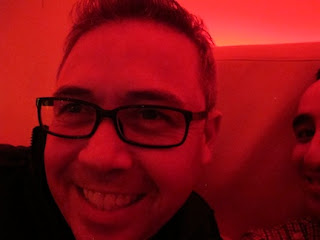 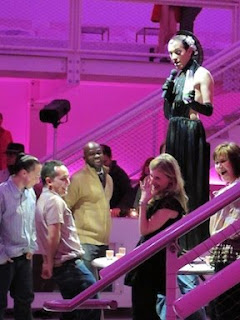 Not exactly sure what this was. And it only got weirder. 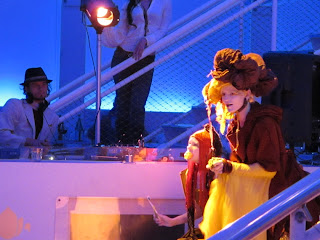 Here's the evening's Burlesque performer before the striptease. 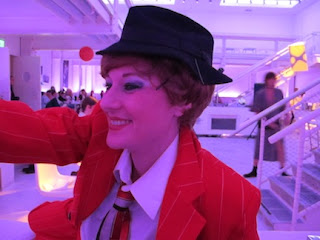 And during the striptease. 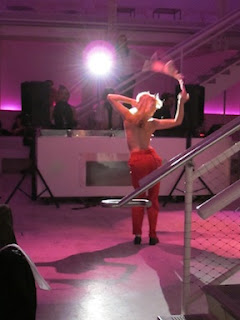 Miss V with a friend and a performance that might best be described as Kabuki meets the Cockettes. 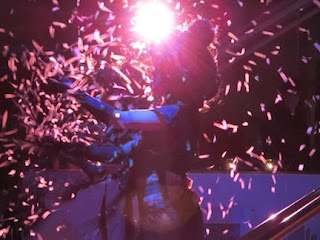 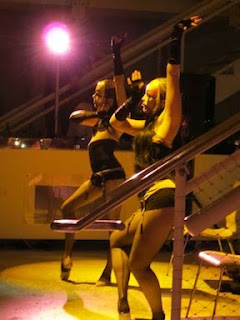 Welcome to the wreckage.

Finally, I’ve taken the plunge and decided to remodel my disaster of a bathroom. For me, this type of project does nothing but inspire stress. First on the list, is demolition and there was nothing in my bathroom worth saving. So the demolition has been fairly radical—currently it looks like something you’d find in a post-war ruin. Here are a few photos: 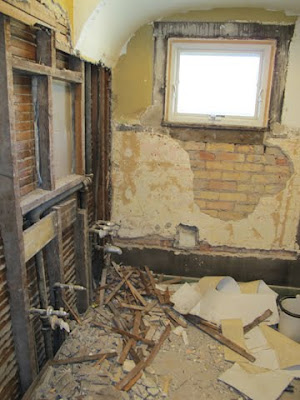 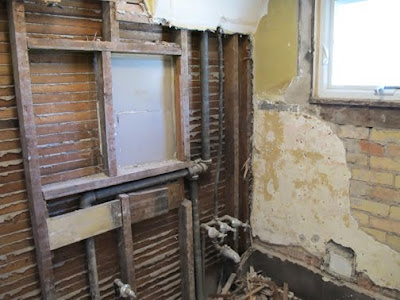 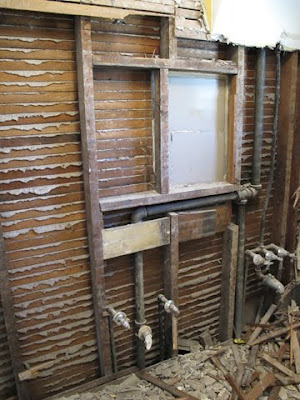 Is it just me, or is the Guggenheim totally OK with letting artists mess up the museum? Remember when Matthew Barney scaled the walls while Richard Serra ladled molten petroleum jelly into a gutter that ran down the entire length of the spiral walkway.
And then on my most recent visit, there was an untitled work by Kitty Kraus. It was made from, and I quote, “Ice, ink, light fixture, cable, and light bulb, dimensions variable.” Basically, Kraus freezes a light bulb attached to cord in a block of ice and ink. (There's got to be some risk of electrical shock, right?) Then, she places the block in the middle of a gallery, plugs it in, a lets the whole mess melt. The result, a big giant black mark on those beautiful Guggenheim terrazzo floors. I hope it doesn’t stain.
And there was one other piece of art. Behind the inkcicle was a nearly invisible glass work hanging high on the wall. But don’t get anywhere near it. The gallery attendant stopped me well short saying, “We’re afraid it might fall on someone.”
Oh don’t ask what it means. Who cares? I just love messy, dangerous museum visits. 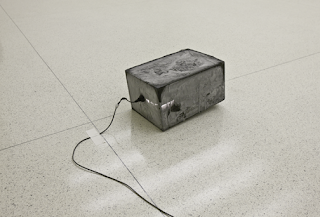 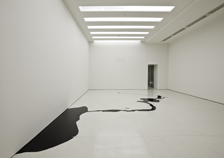