In 2005 I made a trip to New York City to see The Gates, a work by famed husband and wife couple, Christo and Jeanne Claude. Christo was recently here in Salt Lake City to deliver a lecture about his past work and to talk about his two remaining projects.  The headline for this post is a paraphrasing of one of his comments about The Gates.
Because Art Lobster wasn’t a reality in 2005, I thought I would reminisce about a great NY visit by posting some of my pictures.  I’ll follow up with a post about Christo’s lecture. 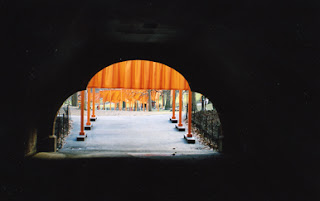 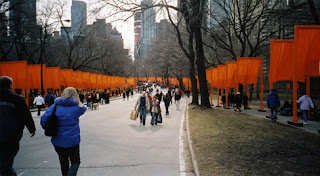 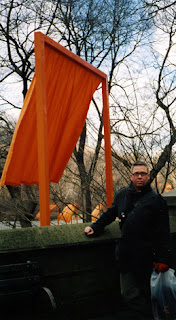 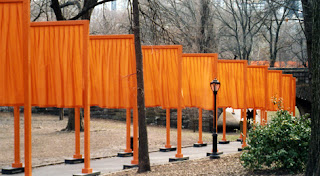 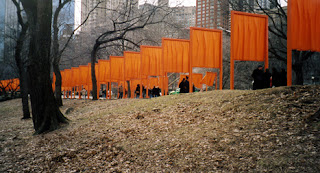 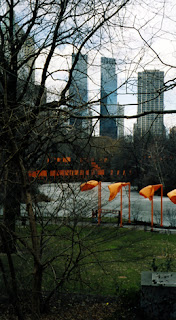 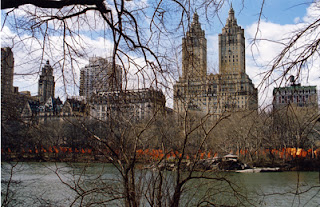 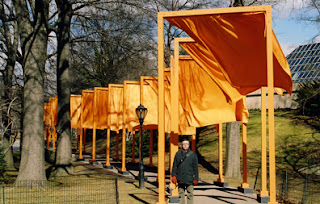 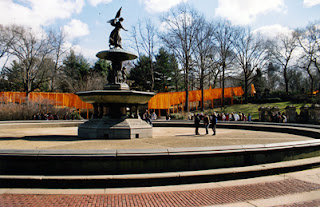 Repertory Dance Theatre's (RDT) recent performance (Place: Dancing the Green Map) lived up to my expectations and that may not be a good thing.  RDT has hinted at this performance during several recent events and none was particularly interesting.  Many of them annoyed me with their preachy lectures and bad graphics.  Place offered similar themes which meant more sketchy graphics and forced education.  The performance is associated with an organization called The Green Map Project which, "invites people to tell the story of their communities by gathering information about their neighborhoods and by creating a map on which icons are used to identify sustainable living, nature, culture and society."

The program started with a video that was all about how RDT reaches out to the community and educates elementary school kids around the state.  Then artistic director Linda C. Smith came out and told us how great RDT is because they are reaching out to the community and educating elementary school kids.  She told us why the performance we were about to see is so important.  This is the same, tired schtick Linda has been delivering at every season performance for years now.  I understand that in these "challenging times for the arts" it's tempting to assume that the only way to boost funding is to focus on education programs.  But great arts organizations are defined first and foremost by their artistry.  These days, RDT is sorely lacking when it comes to artistry.
But, like RDT, I should probably stick to the performance and not the preaching.  Supposedly, this work was choreographed by Zvi Gotheiner (an RDT regular and personal favorite) and the RDT dancers.  But when you look at the list of choreographers for individual segment, Gotheiner's name doesn't appear anywhere.  That wasn't a surprise since the choreography didn't live up to his standards.  The work wasn't bad , it just wasn't great.  Much of it was so see-and-say that it quickly devolved into cliches like the performance representing the icon, Oil and Gas Site.  This featured Nathan Shaw as an overbearing, evil oil baron who rubbed his hands together like an old-timey villain in one of those cheap dinner-theater melodramas.
Toni Lugo created and performed two awkward works: The first, Mass Transit, featured Lugo wearing a Madonna-style, headset mic so she could rap while trying to get the audience to clap along.  Mining Site had something to do with jewelry.
There was the dance for Spiritual Site.  It reminded me of something performed by the ladies' dance committee from The Music Man.  All it needed was some flowing white robes and the mayor's wife proclaiming,  "Oooooone grrrrrrrrrrecian uuuuuuuurn, twoooooooooo grrrrrrrrrecian uuuuuuuuurns."
Don't get me wrong, there was some perfectly good dancing.  But the staging, the lighting, and those damn Green Map icons were so distracting that it was impossible to focus on the good.  I will give a shout out to the performances of Christopher Peddecord.
Place: Dancing the Green Map gets two Jeffies, and that may be generous.  I'm hoping next season RDT will focus more on artistry, and that Linda will step away from the microphone and let the dancing speak for itself.