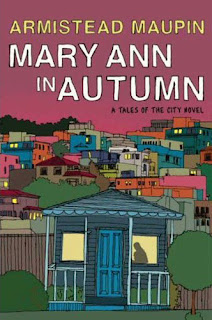 Dear Armistead Maupin,
Could you please hurry up and write the next book in your Tales of the City series?  Because I loved revisiting all my favorite, returning characters in Mary Ann in Autumn. I've grown to love all your characters.  I'd argue that Anna Madrigal is one of the 20th Century's strongest, best-written female characters. And how can you not be charmed by Michael Tolliver; I feel like I've grown old with him and his delightful, younger boyfriend Ben. And then there's Mary Ann. I can't believe how good you are at writing her dialogue. I don't even have to be told she's the one speaking; I can tell just from the voice.
Also, would it hurt you to make the next book a little longer.  Because every time I read one of your books, it seems I just get started and suddenly it's over.  Maybe that's because no one ends chapters like you do, with brilliant short sentences that wrap it all up with witty observations.  At the same time, those jewel-like statements make it impossible to not read on.  It makes for fast, fun reading.
Mary Ann in Autumn also delivers on some of my other favorite Maupin devices.  Like the reappearance of forgotten.  It's amazing you can bring back a character introduced in the first book, and make him or her thrillingly relevant to the current story. Sure you're stories have a soap-opera quality to them.  But a comparable soap opera would need to be directed by the likes of Alfred Hitchcock.
One suggestion: If you're going to introduce a Mormon missionary as a character, you might want to get someone like me to give you a quick primer on the Church of Jesus Christ of Latter-Day Saints.  Because your take on Mormonism is wildly off; at least it makes for a good laugh.
Mary Ann in Autumn isn't the best book in the Tales of the City series.  But it's still one of the most rewarding novels I've read in a long time.  I can hardly wait for the next installment.
Sincerely,
A big Tales of the City fan.

Email ThisBlogThis!Share to TwitterShare to FacebookShare to Pinterest
Labels: Armistead Maupin, Books, Mary Ann in Autumn, Tales of the City 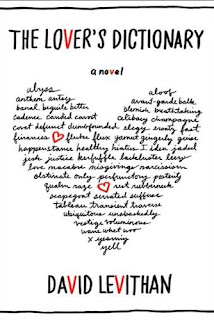 David Levithan is one of my favorite writers of young adult fiction.  His books Boy Meets Boy, and Will Grayson, Will Grayson charmed me for their big-hearted stories and their ability to make young gay characters seem both ordinary and extraordinary.
So I was intrigued by Levithan's latest book targeted at adult readers.  The Lover's Dictionary has an unusual structure.  The book is written as a dictionary.  Each "chapter" is a different word that describes a moment or activity in a relationship. Told in first person, this book chronicles the love life of two people.
I can't decide if The Lover's Dictionary is a novel or a book of poetry.  I also can't decide if I liked this book or if it was just annoying.  The poetic nature of The Lover's Dictionary means it's sometimes hard to follow.  And the last entry left me wondering if the ending is happy or some sad, hopeless affair.  I'd be OK with either; I'd just like to know which it is.
The jury may be out on whether or not I like the book, but Levithan's writing is still delightful.  And some of the entries are charming.  Like a portion of the entry for unabashedly, "You know, I'd get a tattoo with your name on it. Only, I want you to have the freedom to change your name if you want."  Or the strange entry for yesterday, "You called to ask me when I was coming home, and when I reminded you I wasn't coming home, you sounded so disappointed that I decided to come home." And there's this entry brilliant for candid, "'Most times, when I'm having sex, I'd rather be reading.' This was, I admit, a strange thing to say on a second date. I guess I was just giving you a warning. 'Most time when I'm reading,' you said, 'I'd rather be having sex.'" I'm still trying figure out which statement best describes me. 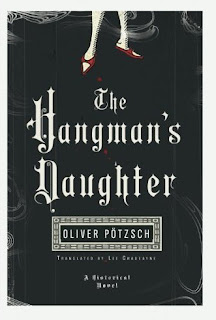 If you're looking for 17th Century's answer to Stieg Larsen's Lisbeth Salander novels, Oliver Potzsch's The Hangman's Daughter might be your answer.  Although it might be better to describe this book as a 17th Century Bavarian Sherlock Holmes tale.
Jakob Kuisl, the book's central character, is the village hangman, which means he is responsible for torturing criminals to extract confessions. And then burning them at the stake, hanging them, or decapitating them should their crimes warrant it.  He's a surprisingly sympathetic character considering the demands of his career.
He's thrown into a troubling mystery when a child with a strange mark turns up murdered. Soon rumors of witch craft are burning through the village.  And as more children with the mark turn up dead or missing, the town leaders brand the village midwife (who is obviously innocent) as a witch and seek her confession so they can burn her and end the matter before it gets out of hand.
Jakob, daughter Magdalena (the 17th Century equivalent of Lisbeth Salander), and their trusty side-kick Simon, the physician's son (a dandy Watson to Jakob's Holmes) set out through the dark, sinister underworld of Bavaria in the 1600s to prove the midwife's innocence and bring the true criminals to justice.
This book is a fun, scary, intense read with a brilliant villain.  (He comes complete with a prosthetic hand made from the real bones of his hand after it had been severed.)
As with most mysteries, there is plenty of redundancy as the writer regularly reminds you of important details so that when we arrive at the "it's-elementary-my-dear-Watson" moment, we'll all see that the ending was obvious all along.  But even with that annoyance, The Hangman's Daughter is an engaging, thrilling read. 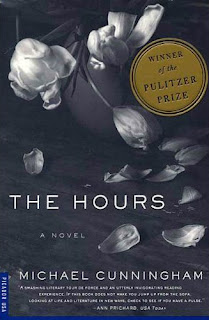