In the last few weeks I've had multiple, unexpected reminders that there are actually people who read the words I post to the internet. This fact always surprises me. So to those friendly folks who are listening, here's an update.

For quite some time, I've wanted to create a more graphically-appealing presence on the web.  I've finally moved in that direction.  Which means, you'll now find an all new Art Lobster at an all new web address: www.artlobster.buzz.  I hope you'll subscribe and continue to follow. 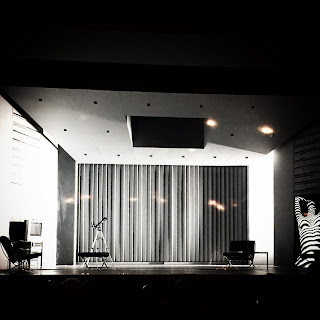 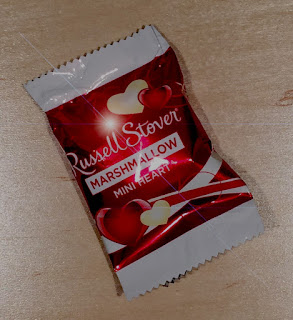 It started the first year I left home for college.  For every major holiday (and maybe a few that aren't so major) my mom would send a package. The boxes arrived filled with candies, decorations, surprises, and of course a card reminding me how much she loves me.

It continues to this day.  My mom is in her 80th year and still, like clockwork, packages arrive filled with holiday surprises and that ever-present card. There's one other consistent item included in these gifts: Russell Stover chocolates.  My mom loves Russell Stover chocolates.  So in nearly every package there are a few individually wrapped treats.  They take a variety of shapes depending on the holiday in question.  There are Santas and Snowmen. Pumpkins and bunnies. And of course hearts. Some are filled with caramel. Some with peanut butter. And some with marshmallow.

When you have a mom as charming and thoughtful as mine, after a while it's easy to take these packages for granted.  So it was a delightful surprise when Felix moved in with me and encountered his first holiday package from my mom.  He was delighted. He loved this tradition. Even though they came addressed to me, he quickly assumed shared ownership. This reminded me how excited I used to get all those years ago in college when there was nothing better than a note in your mailbox notifying you of a waiting package.

There were times when Felix would arrive home before me and find a box waiting on the porch.  I'd enter the house to find him excitedly waiting so we could open it. As it turns out, Felix loves Russell Stover chocolates too, particularly those of the marshmallow persuasion. Over time, there developed an unspoken agreement between us that any Russell Stover chocolate-covered marshmallow treats were his.  For some reason, this silliness made us both happy.

So here it is, the month of February. And just like clockwork, I arrive home late from a long day at work to find a package sitting on the front porch. It's addressed to me in my mother's loopy handwriting. I know what's inside: Valentine's Day treats, decorations, and a card that reminds me how much my mom loves me.

There is also a single Russell Stover chocolate covered marshmallow heart. And I have no idea what to do with it.

The joy (and grief) of cooking. For one.

My great uncle was an elegant and intriguing man.  Robert Graham Paris left his and my home town (Worland, Wyoming) at the age of sixteen.  And depending on whether you believe the bio from a book jacket or one from a PR agent, he either traveled to San Francisco or New York City where he studied acting with the likes of Boleslavsky, Ouspenskaya, and Belasco. (I have no idea who these people are but I assume they mean something in the world of acting.) Soon, his talents landed him Hollywood jobs in the mid-30s as head drama coach at Columbia Studios and later at Samuel Goldwyn.

If you believe reports from the time his clients included Lucille Ball, Bill Bixby, Lloyd Bridges, Carol Channing, Bette Davis, Glenn Ford, the Gabor sisters, Rita Hayworth, Shirley Temple, and Shelly Winters. He is also the author of a notable acting book called How To Act.

So what warrants a discussion of my great uncle when I barely remember him from a few short visits he paid to Worland in the 60s and 70s? The answer is complicated.

Robert Graham Paris and I share some similarities.  I was in my early 30s before I understood why my uncle was a bachelor and why my family was uncomfortable talking about him.  That was when someone finally got up the nerve to uncomfortably whisper, "he may have been a homosexual." There have been similar uncomfortable whisperings about me.

We also share a middle name: Graham.  My father has the same middle name. So it's a link to someone I didn't really know, but would have liked to.

Oh. And we both spent time with Carol Channing.

Recently, I went through the torture of renovating my kitchen. During that time I also dealt with the unnerving death of my best friend, confidant, and companion of 18 years, Felix Flores.  Those two events created a situation I can't seem to resolve.  For over a month I've had a gleaming new gas range complete with a stunning, modern hood. And I haven't been able to bring myself to cook a thing on or in it.

I always cooked dinner for Felix and me. And now I can't face a new stove, not even to boil water.

That brings me back to Robert Graham Paris. I've been looking for something to give meaning to the first use of my new stove.  Something that would make me realize that cooking just for me could still be comforting. Something that would recognize the grief and sadness I feel, but that would honor Felix's weird and quirky nature.

It just so happens that my great uncle Robert Graham Paris was also the author of a cook book; the tragically-titled Gourmet Cooking for One.


A few years ago someone published Microwave Cooking for One (which could be a description of my current culinary life). And I wondered if it was an even more tragic title.  But now I imagine a mature gentleman with silvering hair.  Possibly in his 50s. Wearing a cravat and smoking jacket. Sitting down in a lone chair at the end of a long table with a single setting of fine china. The candles flicker as wax drips onto a damask table cloth.  He slowly lifts a fork and savors his first bite of asparagus soufflé.

With that image glowing in my mind, Gourmet Cooking for One becomes cinematically tragic. A tale only a Hollywood acting coach could inspire. And only a friend like Felix would find as fitting and absurd as I do.

That's why, the first thing I will cook on and in my new range will be asparagus soufflé from Gourmet Cooking for One by Robert Graham Paris. Then, I will sit down at a beautifully appointed table with floral centerpieces and flickering candles. I will grieve, and feel guilty, and probably cry. I will raise a glass to Felix and to all the wonderful meals we shared together. And I will wish that he were here to capture the entire affair in a cinematic photograph.

Then, I should probably plan a dinner party with friends to make sure I haven't completely lost it.
Posted by Jeff at 10:48 PM 1 comment: