The Russians were everywhere in Vancouver.  Not just because they're a big Olympic team and had lots of athletes and their fans wandering the streets.  But also because the next Winter Olympic City is Sochi, Russia. 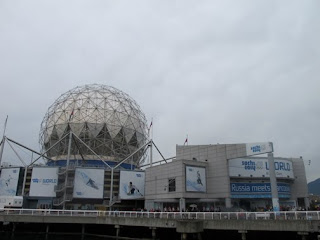 There are several reasons to go. First of all, the weather looks amazing.  It might even be warmer than Vancouver, with average highs well into the 50s and lows in the 40s.  (One day last week it was 73 degrees.) And Sochi looks set to build some amazing facilities for the games, complete with a rail system to carry visitors to the snowy mountains above the city.  Here are a couple of views of the model on view at Sochi House in Vancouver. 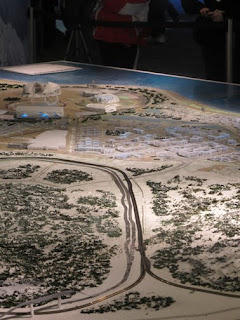 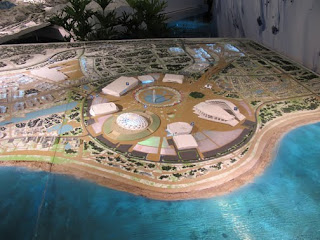 Let's hope the Gods of the Olympics smile on me in four years and I find myself on another Olympic adventure.
Posted by Jeff at 8:32 AM

Email ThisBlogThis!Share to TwitterShare to FacebookShare to Pinterest
Labels: Vancouver 2010