Battle of the all-star Imperial Palaces.

Is it a coincidence that Kyoto and Tokyo are comprised of the same letters?  To me it seems like it was written in the stars.  Both cities have been the capital of Japan; Kyoto in the past; Tokyo in the present.  Both boast ideologies that are quintessentially Japanese: Kyoto more traditional, Tokyo more modern.  And both have some pretty damn impressive imperial palaces.  We visited them both and here's a rundown of the two.

Kyoto's Imperial Palace requires permission from the imperial family to visit.  So be sure to get your papers before hand.  We didn't know this but lucked out as we arrived just minutes before the last English tour of the day and there were still a couple of spots available.  Although once again I didn't understand the complexities of Japanese paper work which elicited several dramatic eye rolls from our helpful Imperial Palace worker.

Kyoto's Imperial Palace offers a sense of tradition that inspires the imagination. I felt like I was in one of the epic Japanese art house movies. The palace burned down and moved repeatedly in the same general area since the 12th Century.  This latest version dates from 1855.  It was abandoned in 1869 when Japan's imperial family  moved the Edo, changed the city's name to Tokyo, and made it the capital. 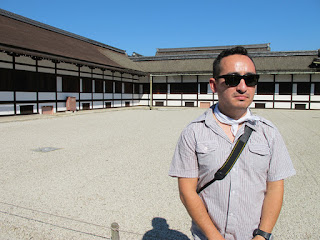 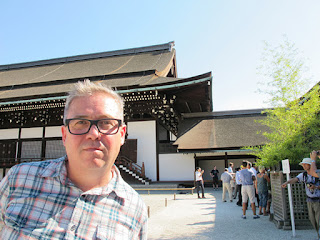 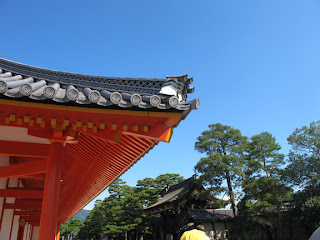 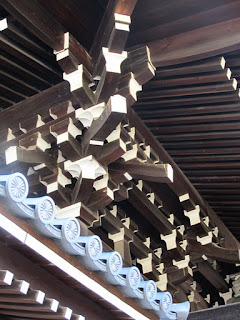 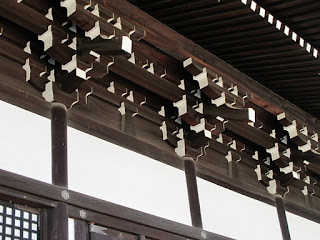 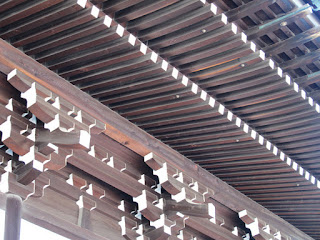 As is frequently the case, some of the most interesting areas of this Japanese landmark are the gardens. It came as no surprise that this garden was built in the middle of the 19th Century.  They had an exotic romanticism that you often see in the Asian-inspired paintings of European Romanticists. They were lovely.  Our guide told us that when the royal family lived at this residence, a favorite party game was to float small boats, each with an individual glass of Sake down the garden's streams. Party goers had to write an original Japanese poem of a very specific length before the boats reached them in order to retrieve one of the drinks.  Sounds like a lot of fun. 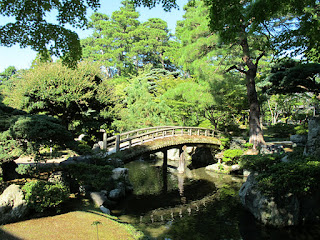 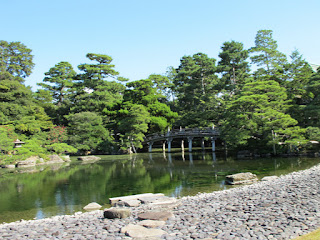 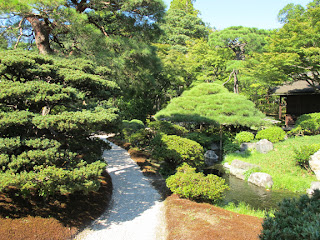 The Tokyo Imperial Palace is currently the home of the Emperor of Japan.  It is built on the area that was previously the Edo Castle. This large park houses a number of buildings including the main residence.  As is the often the case, most of the buildings have either been destroyed in earthquakes or burnt in fires.  So most of the buildings of the Tokyo Imperial Palace are relatively new, completed in 1968.  I'm older than that.

The walk from Tokyo Station to the Palace is magical thanks to an entire forest of carefully formed pine trees.  I wouldn't have been surprised to find a Teletubby or two lurking about. 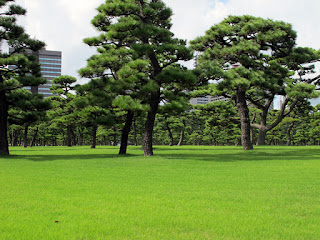 Here are photo of Felix and Me getting about as close as you can get to the Imperial Palace. Nonetheless, the view was beautiful.  And is it just me or does Felix look like some sexy movie star from the 50s? I wish I could look so chic.  Instead, I'll just have to look grumpy. 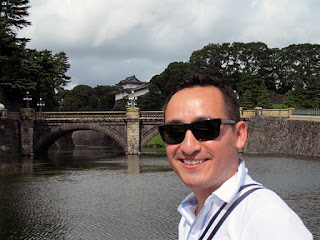 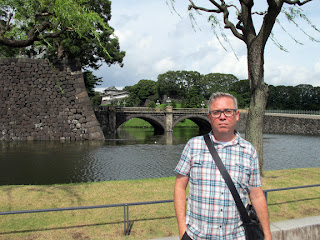 I liked how the tradition of Japan is juxtaposed with the modern city.  Every where you looked the two worlds seemed to mesh effortlessly. 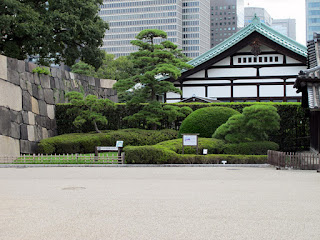 I also like that this is a serious palace with massive stone walls and vast moats.  Once again, Japan's views inspired my imagination. 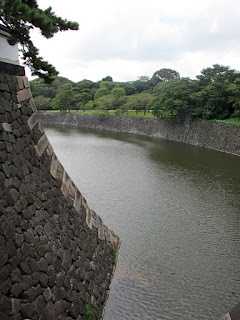 While much of the compound is new, many of the massive, protective gates were very old. 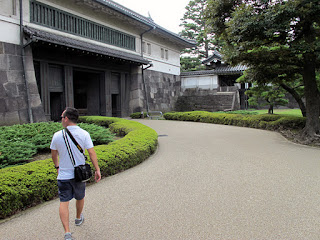 As always, the gardens were spectacular. 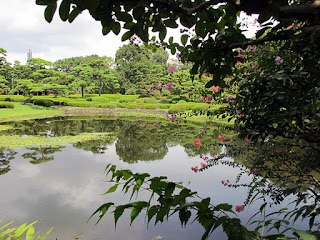 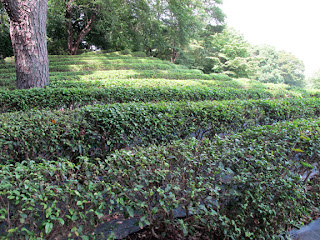 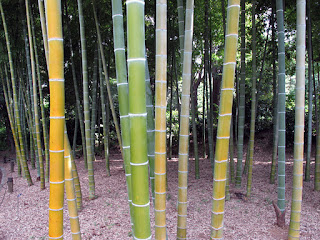 There you have it, a view of Japan's two Imperial Palaces.  I can't pick a favorite; I liked them both for different reason.  You decide which wins the Battle of the all-star Imperial Palaces.
Posted by Jeff at 4:07 PM