Andy Goldsworthy is an artist that has taken me out of my way before.  Although much of his work is fleeting and disappears shortly after it's created, you can find the occasional enduring works like his crack in the stonework at San Francisco's de Young Museum (Drawn Stone) which I visited in 2008.  In 2009 I trekked to the Museum of Jewish Heritage in New York City to see Garden of Stones which features drilled boulders with trees planted inside.

One of the works I wanted to see most at Storm King is Goldsworthy's Storm King Wall (1997-1998, field stone). The work is nearly half a mile long and appears and disappears throughout the park.  In one area it feels like it magically willed itself into being from the local rubble. 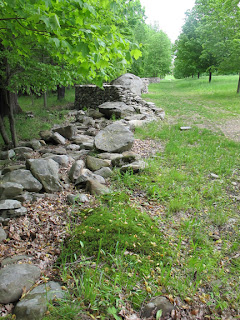 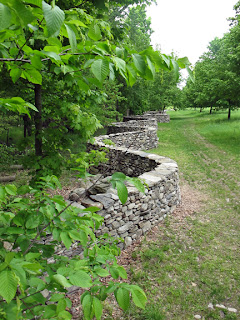 In another area, it disappears into a pond, only to reappear on the other side. 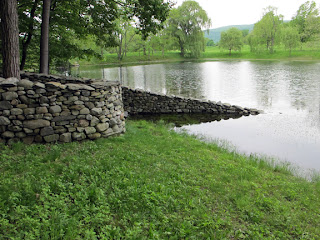 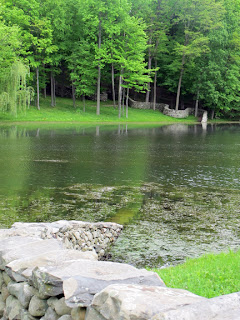 Then there are the moments where its gentle, winding shape embraces trees that have been there much longer than the wall. 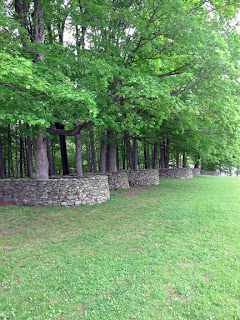 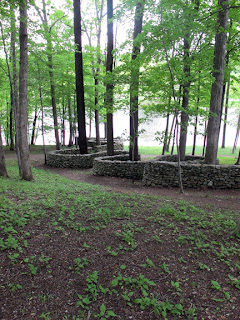 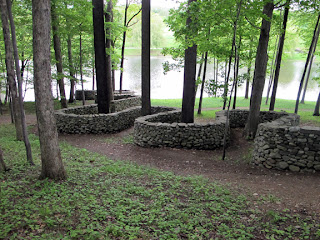 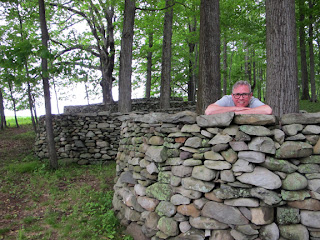