A night at the Ryokan.

After plenty of research about traveling to Japan, I decided that one of the things I wanted to do was stay in a traditional Japanese inn, a ryokan.  Kyoto is known for some of the best and since I was traveling there, I thought that would be a good place for a night at the ryokan.  Based on a few internet recommendations, I chose the Yuzuya Ryokan.

It's in an incredible location, right next to a shrine (expect more on that later). For this post, not too much commentary, but plenty of photos, starting with the secret entrance. 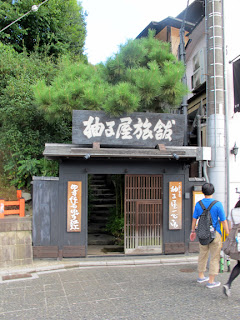 Once you walk through the doors you find a magical, if not treachorous pathway leading to the hotel. 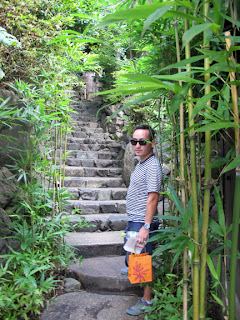 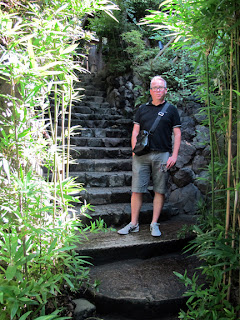 I don't know why but I completely forgot to take pictures of the beautiful entrance and lobby.  Maybe because we weren't there long.  We were immediately shuffled off to our room where tea service was waiting. 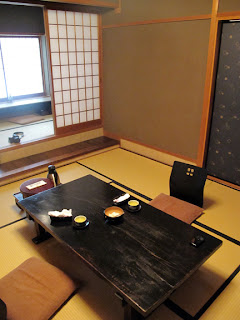 Tea included fresh radish, pickled in Yuzu juice.  Yuzu is a citrus fruit that tastes something like a lime, a grapefruit, and a tangerine mixed together. It's also the fruit that gives this ryokan it's name, there were even Yuzu trees in the hotel's gardens. One of the best parts about Japan: all the little pickled thingies. 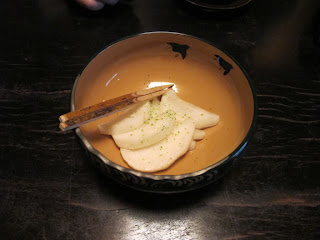 The room was traditional with tatami mat floors (I wore slippers onto the mats to the horror of our host) and rice paper screens. 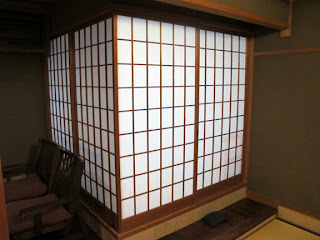 The hotel stationary set was particularly cool.  It looked like something left over from the 1940s. 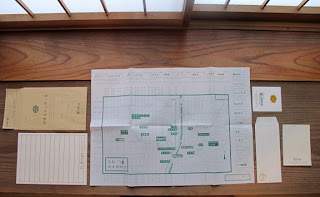 The bath and shower area were very traditional with a small shower stool so you can wash up before climbing into a wood tub.  The whole place smelled of cedar and citrus thanks to the Yuzu fruit provided to scent your bath. 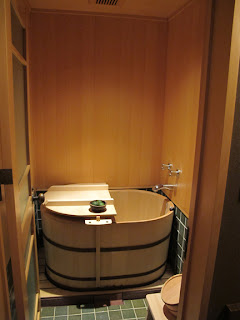 The room came with traditional Japanese bath robes.  Here's Felix trying his on.  We still don't know if we put them on right. 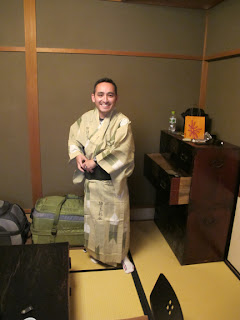 The whole experience of settling into our room was terrific fun.  And that was just a prelude to the Kaiseki-style meal that is included as part of our stay.  That's a story for another post.
Posted by Jeff at 3:17 PM